Working at the R&D department at a mobile phone 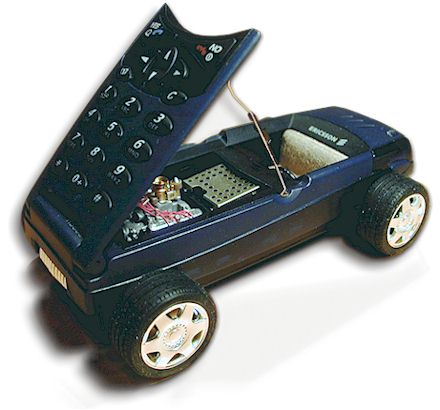 manufacturer can have it advantages – especially when you are a modeller! There are many components that can be used for model building, if you have an open mind.

One day, toying around with the plastic front of the Ericsson R380 phone, which we just had developed, it suddenly struck me that it could be used for a car model. The keypad can be flipped open, and that reminded me of the engine hood of a car.

I took a scrapped front and went home and did some measurements. The only problem was that it was too low, so I could not put it on an ordinary chassis. Working with cardboard, I made templates for a monocoque chassis. When the templates where correct I made the parts from styrene sheet and glued the box together.

Then it was time to dig into all boxes with scrap parts. The engine had to be low so it would not interfere with the flip. The best one I had was the stock engine from the IMC Dodge ”Little Red Wagon” kit. I then dressed up the engine with ignition wires and some homemade wire looms. 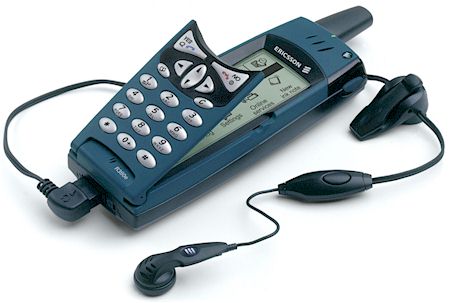 The ”kit”. Mikael utilized the body shell of the Ericsson R380 phone as a basis for this project.

As the model was intended to look like a show car, it was not necessary that everything looked functional. Therefore I simply made the front and rear axles from plastic rod. The wheels came from the Tamiya New Beetle, which were leftovers when I kitbashed the New Beetle with a Porsche GT-1.

The seat is an Anglia rear seat, which I turned upside down and flocked in tan. The grill is a custom part from AMT´s ´36 Ford and it has been placed horizontal. 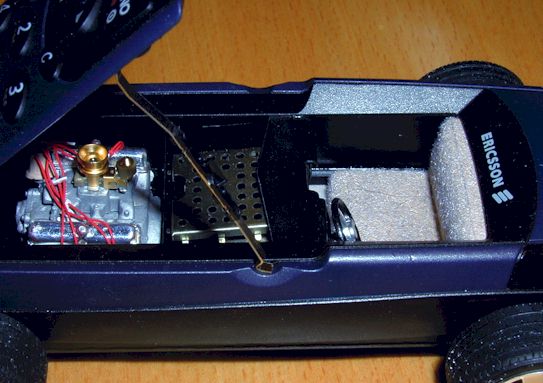 The only real problem was finding a steering wheel small enough, as it was a bit cramped in the drivers department. I finally found a 1/32 scale wheel in a box with old slot car parts.

I went through my sample boxes at work, to see if I could find more phone parts. What appears to be a carburettor is actually a connector for an external antenna. I also came up with a detector switch that was used for the gear lever and a shield can was placed for decoration behind the engine. The exhaust pipes came from the same box.

This completed the construction job. 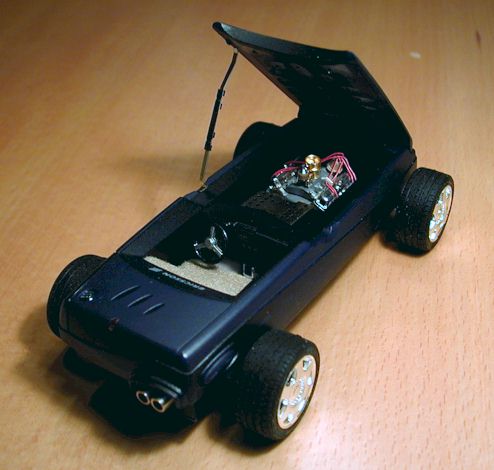 Painting was the least complicated part. The chassis and interior was painted semi gloss black and the engine was painted with Humbrol Aluminium.

And the result? I have entered it in four competitions and won prizes in all. The last one was IPMS Open 2002, where it took 1st prize. It was also mentioned in Ericsson´s magazine The Contact and a colleague in Malaysia wanted to use the pictures for a presentation that he was going to make. And it makes a great discussion point. 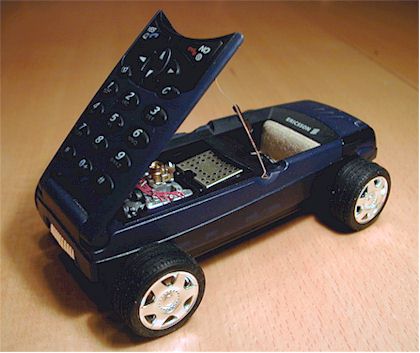