Aviation record setting was all the rage in the 1930, particularly with various forms of increased nationalism on the rise throughout Europe. Altitudes of 50,000 feet were being approached by the early 1930’s, and in 1933 a specification for a plane to gain the high altitude record was issued in Britain. To meet this the Bristol Company produced a single-seat plane powered by a supercharged Bristol Pegasus air-cooled radial engine. A Bristol 138B with a supercharged Rolls Royce Kestrel water-cooled in-line engine was planned but not proceeded with.

The Bristol 138 was a long-span (66 ft /20.13 m) wooden aircraft with fixed undercarriage weighing only 5,310 lbs (2,409 kg) and had an endurance of 2 ¼ hours. It was equipped with an oxygen system and the pilot wore a rather crude early form of high altitude flight suit. Exhaust gases were ducted into the cockpit to warm the pilot (not a good recipe for health in the event that the pilot’s oxygen system failed – see movie clip later).

The aircraft made its first flight record-breaking flight by Sqn Ldr F.R.D. Swain was made on 28/09/36 and achieved an altitude of 49,967 ft, although this was beaten in May 1937 by an Italian Caproni Ca 161whcih reached 51,362 ft. Sqn Ldr Swain regained the record on 3-6-37 when he reached 53,937 ft in the Bristol 138A. Here is a link to my copy of a very interesting British Pathe video of the record breaking flight with the old corny British news-readers voice describing the achievement

I have a fondness for unusual aircraft at the best of times, and if they come form the Golden Age of aviation, then all the better. I’d been on the lookout for the frog kit of the Bristol 138 for some time, and finally picked up a Novo moulding on an obscure internet auction site for NZ$10 (about US$5). The old Frog moulds had held up well by the time my novo moulding was produced. At first glance the basic kit looks very straightforward, with a few delicate raised panel lines and what appear to be well shaped parts, and only a few minor sink marks.

It soon became apparent that the pathetic representation of an engine would have to go. It looked like it was based on nine under-nourished machine bolts for cylinders stuck to a blob for a crankcase to make a tiny diameter engine. The Cowling on the other hand was incredibly thick and quite stepped, and nothing like the original (this seems surprising given that the frog box-art captures the real plane’s image quite well). There’s nothing worth mentioning in the way of cockpit detail, and the under-nose supercharger intercooler radiator had no significant detail either. 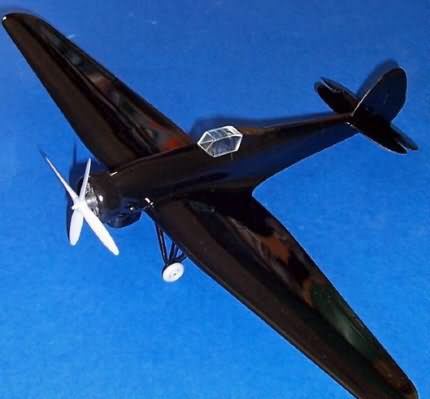 I replaced the engine with an Aeroclub white metal Pegasus which was very nicely cast. To this I added the distinct exhaust pipes that curl around each cylinder head (unlike common British practice where they would have gone forward into a collector ring). These were made of solder, to which I added plastic tube to represent the exhaust stacks that vented directly to the rear o the cowl. The cowl took a lot of work to reshape and thin down. The result was not perfect, but near enough for my purposes. 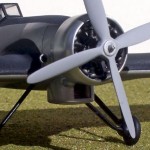 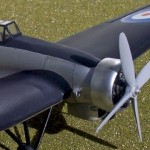 I replaced the two scoops (carburettor intakes maybe?) to the rear of the cowl either side of the fuselage with some spare parts from a Supermodel SM 81 as I thought these looked more like the items in the reference photos I had. The airscrew was thinned down and the hub detail enhanced. I added some detail to what I presume is the supercharger intercooler, again based on photos, and replaced the kit’s integrally moulded piping with solder. A series of good photos, including ones with engine cowl and panels removed, are available in one of my Photobucket albums here, as well as some simple plans and a colour scheme diagram. These may be of help to modellers wishing to build a 138A.

The cockpit interior was knocked together on a best-guess basis in the absence of original photos, and I used a Spitfire control column as one photo suggests the typical British spade-grip type was used. 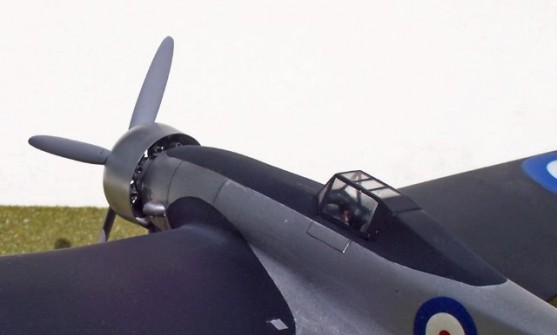 I have seen one model of the Bristol 138A with Blue wings, but various Internet inquiries and the available photos all strongly suggest black is the correct colour. I used aluminium car paint for the sliver dope finish, and Alclad II for the engine panels. I used Gunze Tyre Black for the black paint work as I feel this suited the scale well. The Kit decals were dreadful and most crumbled away to nothing useable. The substitute roundel from a Maquette Vickers Vernon weren’t much better, but the overall result looks OK in the display cabinet. 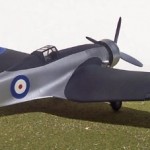 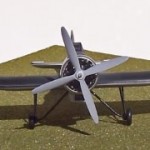 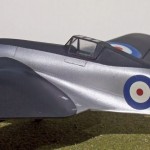