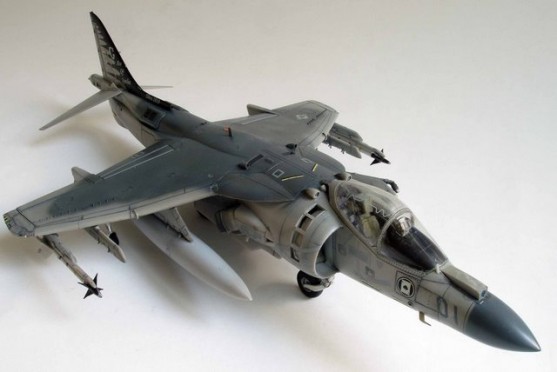 Like you, all scale modellers would want to have their creations to represent the real object as accurately as it can possibly be done. Many hurdles stand on the way to perfection. One of the major and probably most frustrating obstacles is getting your colours right.

The different colours that we see are reflections of light from objects. The spectrum of light reflected depends primarily on the substance that covers the object and in our case, the paint coat.

As you probably know, if you manage to get an authentic colour chip and match your paint with the chip, the scale model will not look right once the correct paint is applied. A lot has been written about the supposedly exact colours of the camouflage patterns, including the amount of variation with respect to the original tone due to weathering or wrong paint applications on the original aircraft. Useful as it might be, this kind of reference material represents only the tip of the iceberg.

Other articles have been devoted to the idea of colour compensation, or so-called scale effect. Based on the idea that colours viewed from the distance appear lighter, it is claimed that the representation of colour on your model needs to be lightened to compensation in scale to the viewing distance from the subject. Traditionally, adding 20% of white is often stipulated for 1/48 scale model.

The reason why the supposedly accurate rendition of colour hues in relation to scale do not reach the desired objective stems from the existence of other factors not incorporated in the colour mixing process. Variations in weather conditions, angle and temperature of light, humidity, background colours are only a few environmental factors that obstruct our way to perfections. Other factors depend on instruments of measurement, namely cameras, processing, editing and presentational means. The latter stands for the mean of observing the object, such as the computer screen or a photograph. It also means under which conditions your model would be presented. Artificial lighting is a crucial issue as well as varying degrees of exposure to sunlight.

So, how do we get out of this mess and mix the colours right? 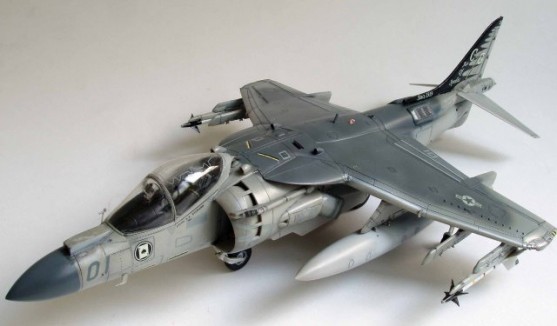 I chose here a problematic issue to demonstrate an easy way to be satisfied with your efforts. US naval aircraft have been painted with low visual camouflage schemes for over two decades. The schemes include two or three tones of grey that have specifications anchored in regulations according to the Federal Standard 595B. I noticed variations to the standard schemes, but for our discussions let’s assume that we have done a thorough research and that the right FS colours for the particular aircraft are available. Now, if you dilute the paint with 20% white, your results are unlikely to be satisfying. Why? As noted above, too many factors are involved and were not incorporated.

What do you do now? Do yourself a favour and do not apply the decals and stash the model in a remote corner of your display case. Take the decals (preferably, before applying the paint coat) and compare the (normally two) grey tones of decals with the colours of your choice (by the way, it seems to me that for the Harrier, Hasegawa got it wrong). Now, the decals that go on the sides of the fuselage and lower surfaces should be somewhat darker by comparison to the surrounding background. The decals on top surfaces should be lighter by comparison to the surrounding background. These tonal differences are actually more crucial for the final looks of your model than the exact shades of the camouflage! 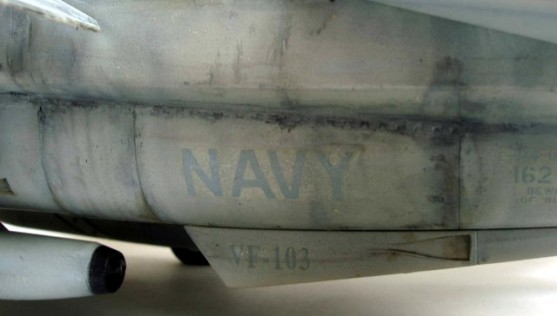 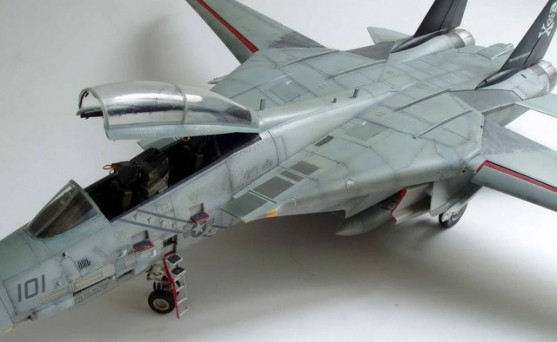 Typically, you would be building Hasegawa kits for US naval aircraft and will probably use the accompanying decals that may not be in the right grey shade. Getting the appropriate grey shade decal is a daunting task and may cost you time and money. Therefore, adjusting the grey tones of your paints in relation to the available decals would produce the best result. Hence, contrast is the name of the game for grey paints.

All this could be summarized as one more reason why I prefer to paint late War Luftwaffe schemes. Nobody can tell the true colour combination – they always look good! 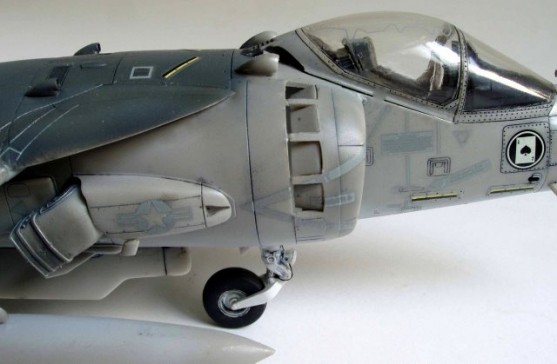 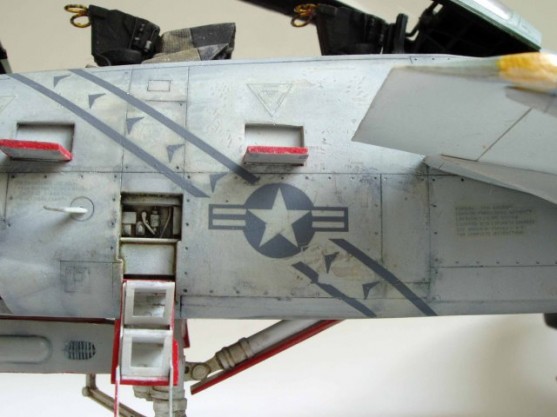