The P-35, one of the forerunners of the famous Republic P-47 Thunderbolt, was the first single-seat, all-metal pursuit plane with retractable landing gear and enclosed cockpit to go into regular service with the U.S. Army Air Corps. The first batch produced under designation P-35, counting over 70 aircraft served mostly with the USAAC 1st Pursuit Group in Selfridge Field, Michigan.

During 1939 Seversky paid a visit to Sweden, demonstrating it’s fighter to the Swedish officials. This was the time of great unease in Europe and Sweden purchased directly 120 aircraft. This version, improved over the original P-35, received a factory designation EP-1. The first batch of 60 was delivered to Sweden during 1940, in complicated way through Finland and northern Lapland, and was designated J 9 by the Swedish Air Force. The second order for 60 became a subject of U.S. arms export embargo. Produced by Seversky to the Swedish specification and taken over by the U.S.Army the aircraft was designated P-35A. Most were assigned to the 17th and 20th Pursuit Squadrons in the Philippines; all were lost in action early in the war, hopelessly outclassed by Japanese fighters.Most of the P-35As were quickly shot down in combat or else were destroyed on the ground. By December 12, 1941 there were only eight airworthy P-35As left in these squadrons.

In Sweden, J 9s soldiered on in second-line duties until 1951. One of the aircraft has been carefully preserved in Swedish Air Force (Flygvapnet) museum in Linköping – a place well worth a visit for an aviation enthusiast. 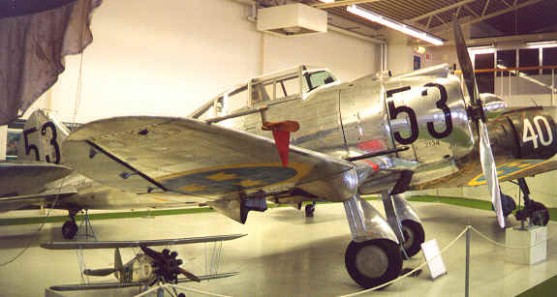 General view of the Seversky’s stubby fighter in the Swedish Air Force Museum in Linköping. Although outclassed by more modern German and British designs of the period, the aircraft was the first modern fighter type in service with the Swedish Air Force, with it’s retractable undercarriage, stressed-skin construction and enclosed cockpit. 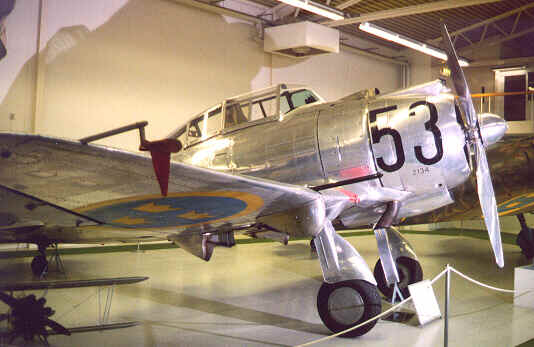 The aircraft is in pristine condition and looks very impressive in it’s natural metal finish. details of note in this view is a pitot tube, protected with a red cloth, and wing cannon with a distinctively deep blister underneath. 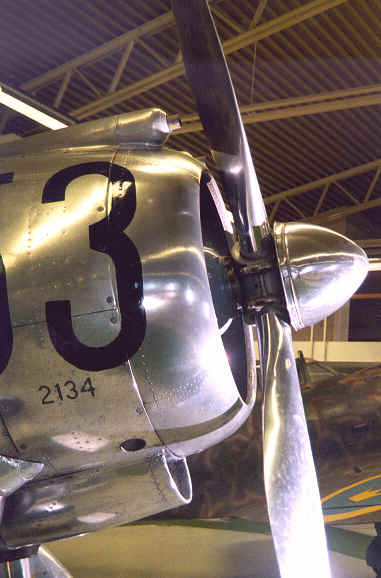 Let’s get into detail: This view offers a great deal of engine cowling and propeller detail. The propeller blades are left in natural metal (and polished – look at this sheen!), except for their rear surfaces, which have been carefully painted matt black.

Other thing of note ins the cannon barrel in a neat fairing on top of the engine. 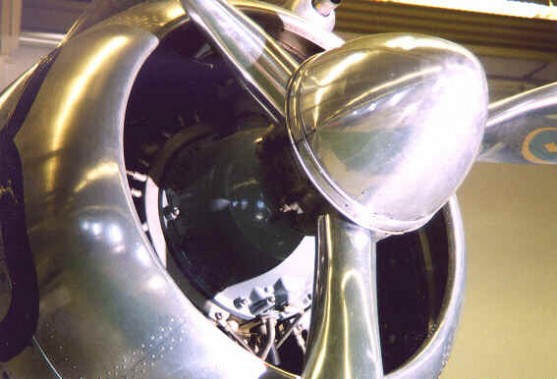 The propeller spinner is held in place by the circular ring shown here. 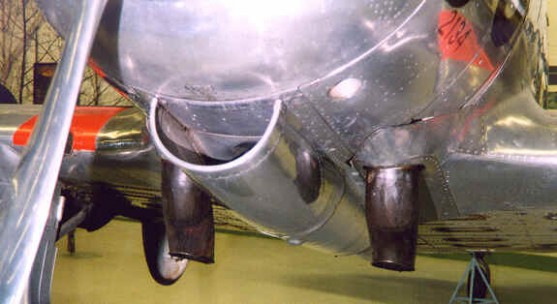 The engine’s exhausts were collected into two neatly curved stacks protruding from below of the cowling, shown here. Between them there is a carburettor intake. Overall, the excellent workmanship and attention to detail by aircraft’s designers are very apparent and distinguish it from many other types of the period. 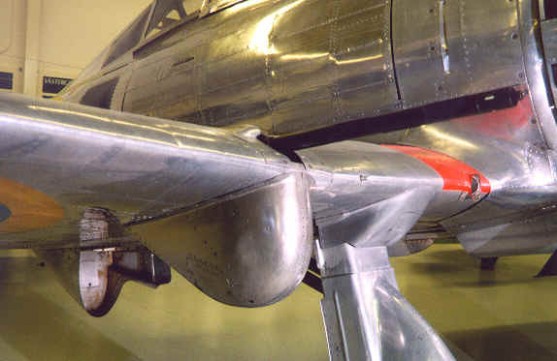 Heavier armament was added to EP-1 in comparison to the original P-35, including the wing cannon installation, as shown here. 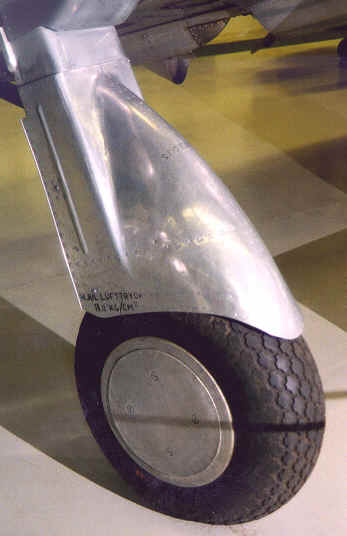 Seversky’s attention to detail is once again emphasised by the elegantly simple construction of main undercarriage – look how incredibly tight the tire is enclosed by the metal fairing! 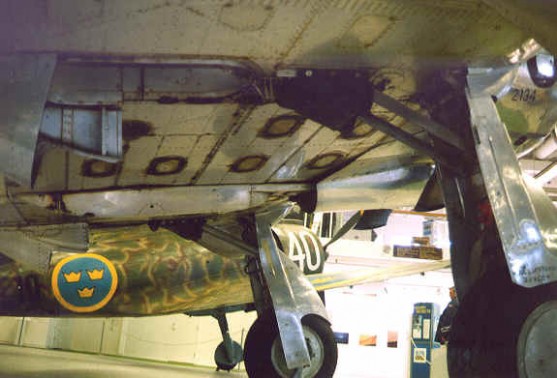 The wheel wells are almost non-existent, as the wheels were not fully retractable.

Of note is large amount of petrol stains apparent around the vents on the wing’s underside. This was a common occurrence on P-35 aircraft in service, as the wing was constructed as ”wet”, forming a large fuel tank by itself and thus giving this innovative fighter an extra range. However, the pioneering technique was a bit ahead of it’s time – many of the P-35s developed fuel leaks, causing a lot of trouble to ground crews… 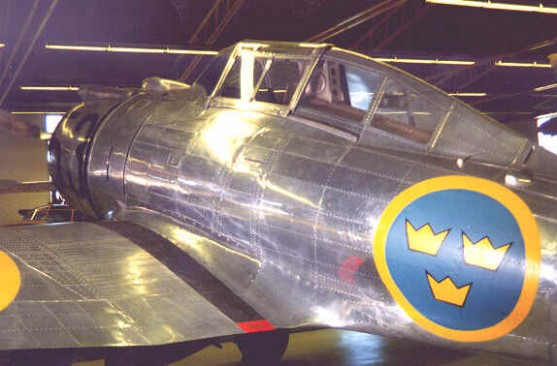 The port fuselage side and wing root can be seen here. Note how the rivets can be clearly seen with natural metal finish. The wing walk area is marked in matt black color. 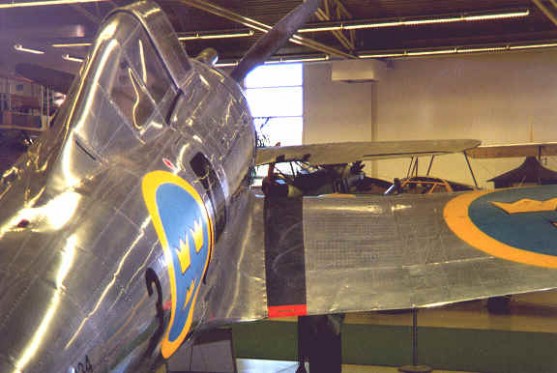 The fuselage is of circular cross-section, which makes it look very wide indeed. In contrast, the canopy fairing on top of it is quite narrow.

Other interesting feature is a hatch with a window on the fuselage’s starboard side. Swedish P-35s were adopted for the photo-reconnaissance role, the hatch providing room for an oblique camera. 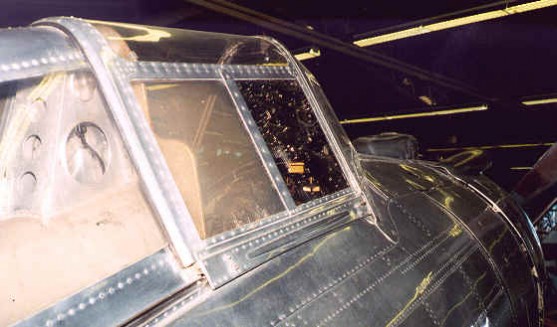 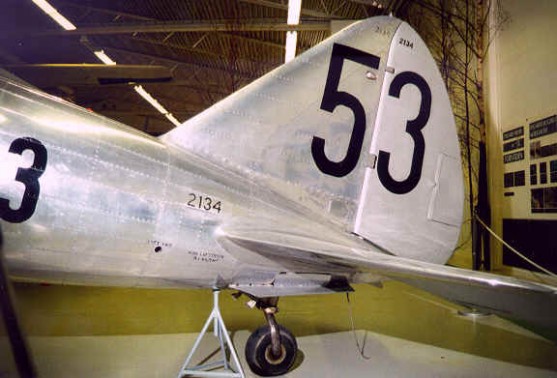 The tail’s shape is typical for Seversky’s earlier designs. The rudder and elevators are fabric-covered and then painted silver – not the difference in shade between the rudder and natural metal surface of the fin.

The tail wheel is fully retractable, another proof that the aircraft’s constructors thought of everything.

This article was originally published in IPMS Stockholm Magazine in April 1998.