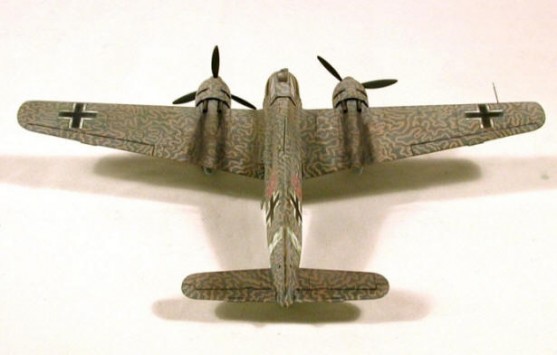 Among the German aircraft industry the aircraft division of Henschel AG was only moderately successful. The best aircraft of their design was the Hs 129 ground attack aircraft. This small twin represented a far-forward thinking in concept of aerial battlefield support, to meet a requirement to carry at least two 20-mm cannon and extensive armour protection. The initial A series machines proved severely underpowered with their non-strategic Argus engines and the entire program would probably end there had it not been for a sudden availability of French war booty in the form of Gnome-Rhone radials. These were fitted to production Hs 129 aircraft, now redesignated Hs 129 B, and entered service in 1942. A total of just over 850 aircraft, in several variant forms, was produced, with most being employed over the Eastern Front against Russia.

Contrary to what today is a popular opinion, series production Hs 129B was easy to fly and a great gun platform. The airframe was very sturdy and it offered unprecedented protection for the pilot. The French engines were also reliable if serviced properly, however they proved highly sensitive to dust – a fact that rendered the early series B machines deployed to Tunisia virtually useless. Later on, as effective dust filters had been developed, the machines proved adequate even in the harsh conditions of the Eastern front.

The updated Hs 129 B-2 could carry a large-calibre antitank gun under the fuselage, which usually was a 30 mm MK 103. The B-2 could now be used successfully against armoured vehicles. It was an indispensable weapon in Russia and the Balkans in particular, as in most instances it was the only way to halt the large attacking Russian tank units. 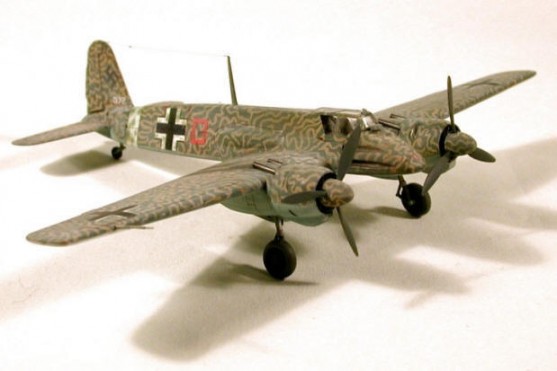 This kit was actually the Revell boxing of the Italeri kit which I think was originally a Zvezda or maybe Bilek creation. That’s the Global kit market place for you I guess. The kit builds very straight forwardly. I added scratch-built seta belts and gun sight, and drilled out the exhausts.

Russian front schemes are understandably popular for Hs 129’s, but I like this Mediterranean campaign scheme from a book called Fighting Colours. This required me to scrounge around in my spare decals pare box, but I’m happy with the result. The model was weathered with any overspray of dust colour and pastels. 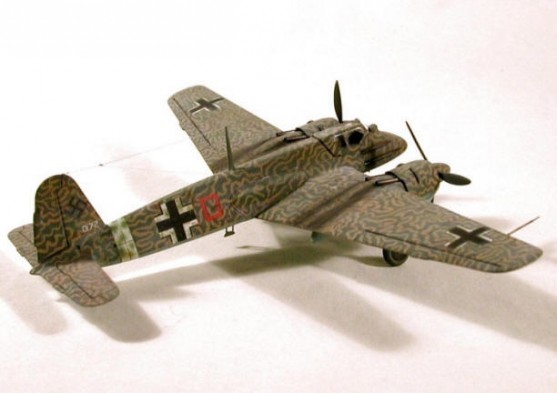 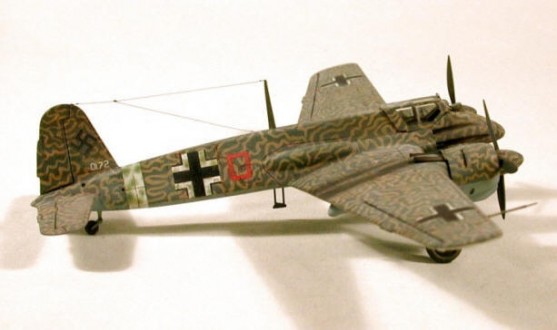