In the first part of this report, Magnus and I presented some of the aircraft, armor and figure models on display. Now is the time for ship models as well as selected dioramas and cars. 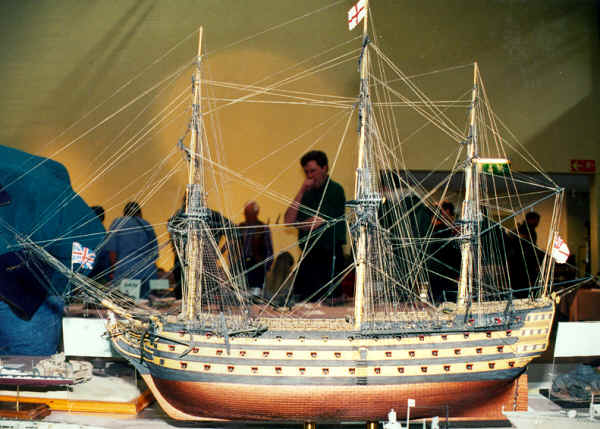 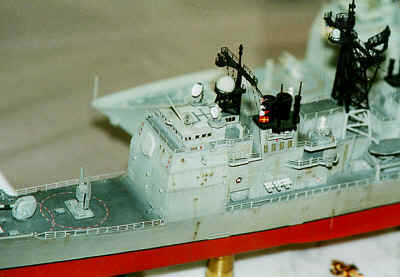 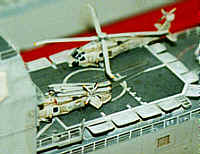 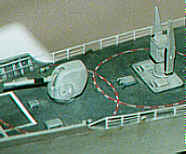 Tureczek’s USS Ticonderoga impressed with a wealth of fine detail. Some of it can be seen here. 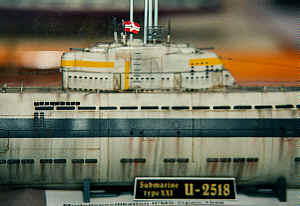 Finally, a class winner in ships category. A said before, the modeller is Albert B.M.Tureczek, and the model depicts a German Type XXI submarine, the U-2518. The quality and subtlety of weathering effects on this model was simply irresistible. 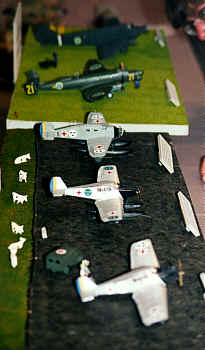 This is Göran Sebardt’s impressive collection of all Junkers transport aircraft that served in Sweden. All modelled in 1/72nd scale. 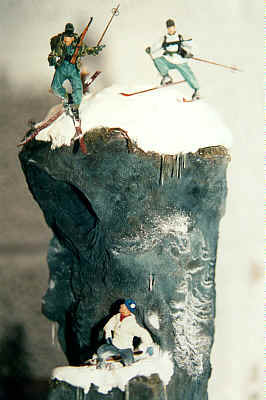 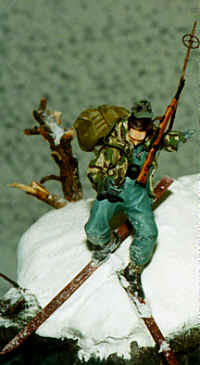 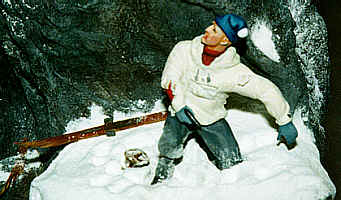 ”Verdaamt!” was a title of this diorama, a contribution from Per Olav Lund. The choice of dynamic and difficult vertical composition, great story and excellent execution brought Per-Olav a prestiguous Best-in-Show award of IPMS Open 98. 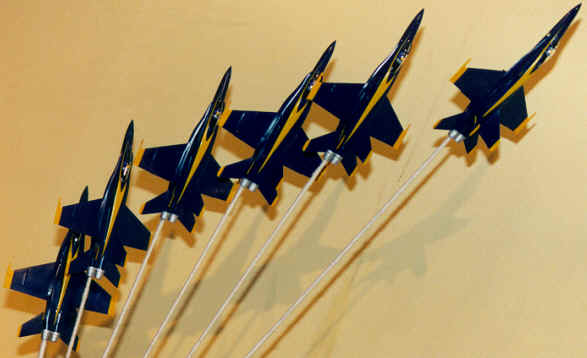 A whole flight of Blue Angles’ F-18 Hornets in a dynamic display. This collection did not participate in the competition, and unfortunately, the author could not be determined. 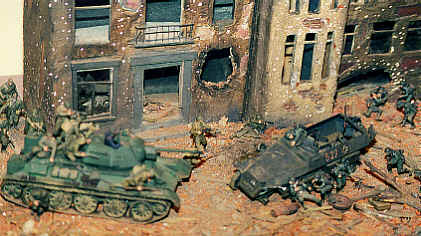 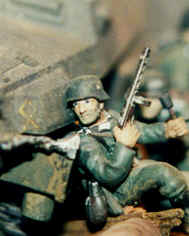 Despite many contesting car models, we present only one, as your photographer run out of film at the wrong moment! This beautiful Ferrari 328 GTB won a 1st prize in it’s class. Model by Albert B.M. Tureczek. 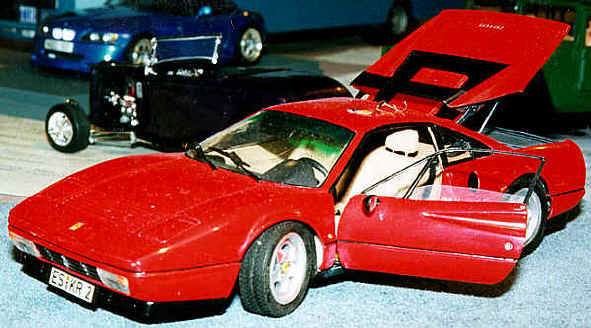 This article was originally published at IPMS Stockholms website 1998.