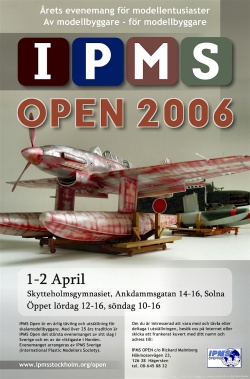 IPMS Open is the annual model show and national Swedish modelling competition under the auspices of IPMS Sweden. The following photo gallery provides a wide selection of the models from the 2006 edition of the event.

This article was originally published at IPMS Stockholms website 2006.