Much has been written in this magazine recently about the Romanian Air Force and IAR 80/81 fighters. For a quarter-scale modeller wanting to build a model of this elegant aircraft, the options are limited to only one choice – a short-run kit produced in 1996 by LTD Models from the United States. 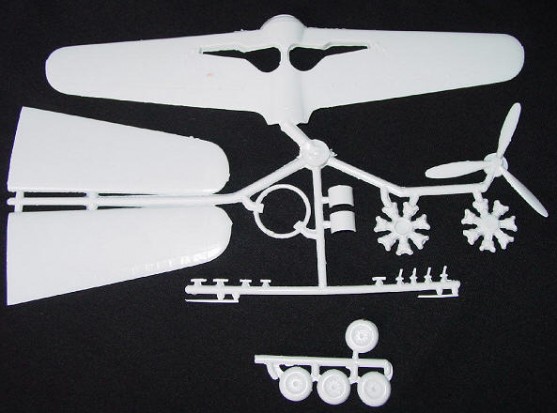 The box contains a 1/48th scale Rumanian IAR 80 injection-moulded limited production kit. It has 53 grey plastic parts and two vac formed canopies. Both canopies have the same little dimple right on top of it. Your really can not miss it. The kit has excellent surface detail, crisply engraved panel lines, and nice markings.

The kit comes with decals and markings for three aircraft:

The kit decals were produced by SuperScale. 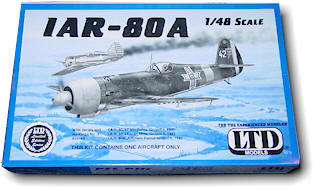 The box art is interesting. It depicts the Romanian plane engaged in a fight with a Russian counterpart. However, one should note that this might just be the single type of World War II airplane that actually “fought” against Russian, American and German fighters. Quite a record …

The instruction sheets are very clear and concise. They start with a brief history of the aircraft followed by assembly pictures. Also a succinct description of the ”scale color” (or atmospheric perspective) concept is presented. The marking instructions are 1:1 which is helpful when painting.

As a general note, the kit sprues are quite thick. Be careful when removing the parts such that you do not clip into the actual part. You will have to do a lot of heavy filing to remove the extra plastic from the parts.

I started with the wheel well piece. It leaves holes in the fuselage, so I decided to fill them with thin styrene strips. I recommend this step, as it provides a better look for the undercarriage. After gluing the wheel well, I had to do some heavy filling in order to fit nicely the wing parts.

I continued with the spinner, propeller blades and crank case housing. After gluing them together, I painted the ensemble, busied the blades with one decal each and applied a flat finish. I sat them aside for final gluing on the engine.

The cockpit followed. It has levers, rudder pedals, longeron and structural details, and an instrument panel, all on a floor board. The interior got painted with Light Gray FS36622. I weathered it with raw umber and then I applied a flat coat. All the little details got glued, including the instrument panel. As the instrument panel provided by the kit is quite basic, I decided to improve on it by adapting one from the F2A Buffalo from Eduard. Yeah, I know they are not identical, but they are close enough. The extra work with the PE parts and the acetate foil pays off in my view. I also decided to switch the kit seat with the True Details #48411 F6F Hellcat seat. To make it look more like the Romanian seat I had to clip the right and left extremities on the seat top. Trial fit the floor board to make sure it is not too wide before fitting it into the fuselage. I glued mine on one of the halves while having the entire ensemble in place together. An additional note on the instrument panel. It is positioned too much in the interior of the body of the aircraft. Later on, this is revealed, when the exterior antenna has nothing to sit on. 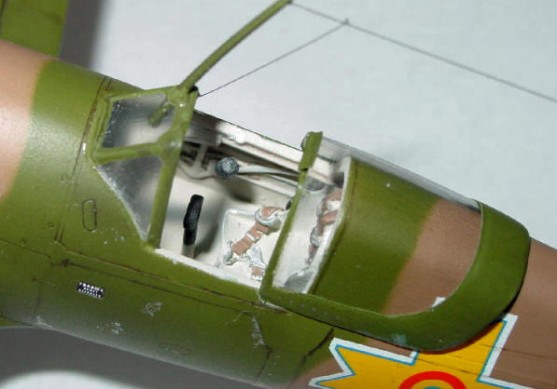 I moved on the body, gluing the two halves together. All the gluing on plastic was done with Tenax. I filled the seams between halves with Tamiya putty. I had to use the sanding sticks to make the entire surface smooth. I masked the interior of the cockpit having it ready for painting.

The wings followed. The three parts were glued together. Then the aircraft body was attached to the wings. At this time I painted the wheel wells with Dark Gray (FS35237) glossed and weathered them. The wheel wells were masked to prepare them for the body painting job. To complete the body, the horizontal stabilizers were attached as well. Also I decided to add at this time the exhaust ring and the two side exhausts. Having the side exhausts and ring in place, I put together the cowling. Here one problem shows up: the cowling does not slide long enough on the exhaust ring to barely touch the fuselage. You need to file and dry fit until the model looks to your satisfaction.

Next, I decided to paint the body. The ”Colors and Marking” paragraph details the painting and weathering of the entire model.

While waiting for the paint to dry, I put together the engine. The engine cylinders are flat black, dry brushed gently with Testors silver chrome.

Although the vacuform has a small but visible defect, do not fear. A vacuform cockpit for IAR-80 is offered by Falcon, Set No. 37, part 2. It has no defect and also can be positioned open. I went for the open position. I decided to add the little rear view mirror on the edge of the moving part of the canopy. 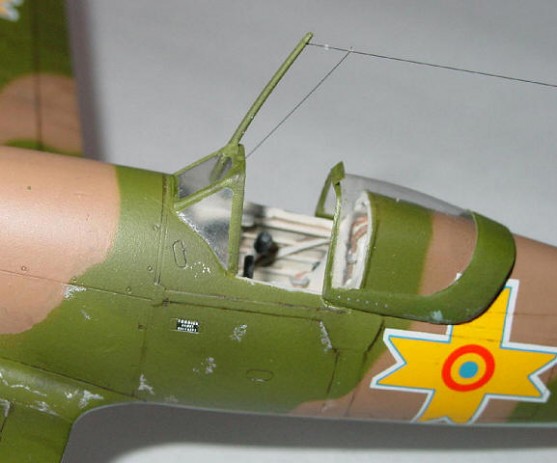 In the final assembly, I switched the kit provided machine-guns with the Aries MG131 1/48th scale Machine guns. 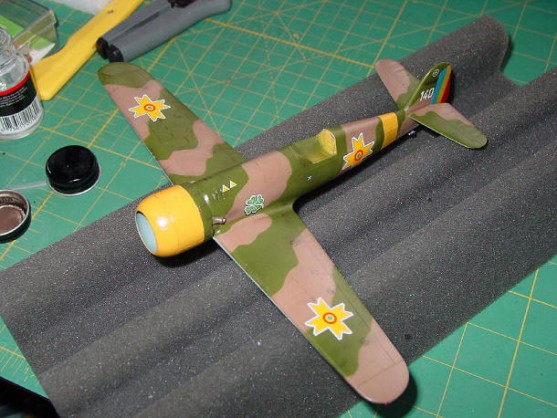 I decided to go for the “lizard” scheme camouflage. It is made of stripes Tan and Dark Green over Light Blue. The spinner, propeller tips, cowl, lower wing tips and rear fuselage band are in chrome yellow. The camouflage scheme is taken from reference [1], which differs from what the kit suggests. The markings are for the airplane flown by Locotenent aviator Ion Galea. The colors used are:

In an attempt to represent some wear and tear on the fuselage, I decided to use the Gekko Metalized decals. The problem that I encountered was that the individual decals are big enough to create an unrealistic look to the model. The solution is to apply them, as usual, on a glossy surface and then use the tip of an exacto knife and easily scratch the decal until it resembles the desired texture and form. The weathering was done with raw umber dissolved in mineral spirits and applied after the entire model was coated with Polyscale Acrylic gloss.

Being the single “game in town” the LTD kit is … wonderful. It has no major flaws and it is easy to build and finish. It took me 40 hours to complete it, on a period of almost three months. The kit was a pleasure to build, and I recommend it. Enjoy the pictures. 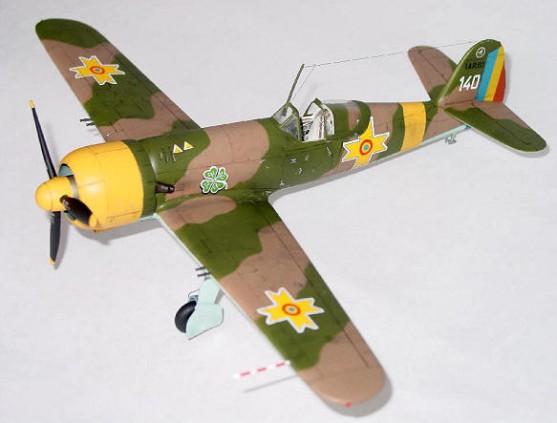 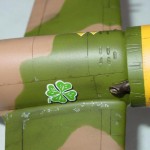 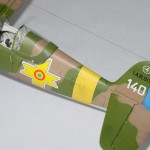 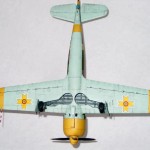