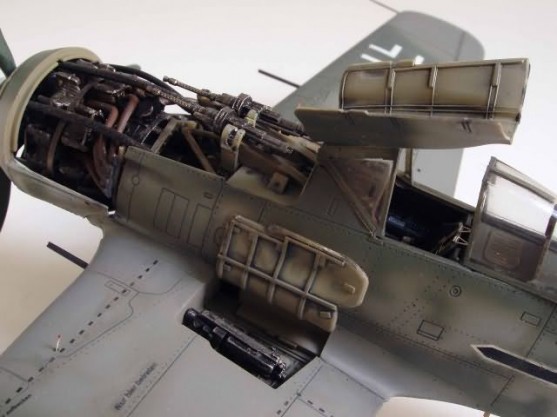 Adding after market detail sets increases tremendously the authentic appeal of plastic models. However, beyond the complexity involved in the additional building techniques, the incorporated components conflict with the existing plastic platform. Extra components tend to ”bloat” beyond their intended measurements with the increase in detailing. Add to that the thickness of plastic frame and you will get sheer frustration when two very good looking items fail to mate.

I have chosen the Focke Wulf Fw 190A and respective BMW 801 engine to highlight solutions for a successful engine detailing in 1/48 scale models.

From the outset, aircraft engines were compacted on airframes to reduce drag. This has been a crucial issue with respect to powerful radial engines that had a large frontal area. In this example, the Focke Wulf 190A was designed around the BMW 801 engine while BMW engineers made every effort to condense engine accessories around the radial shape of piston arrangement. The final outcome was a potent fighter that presents yet a serious challenge to the modeller.

What’s in the Kit

The easiest way to tackle engine detailing is to build a model with the engine included in the kit. Conveniently, the kit manufacturer have presumably already resolved component fit issues and that we are into a walk in the park project. The new an much praised Eduard kit is a sobering experience that defies the assumption. Here, the manufacturer took a crude shortcut by omitting many prominent details from the engine, thus preventing the sub-assembly from bloating beyond the plastic frame. Hence, if you aim for a highly detailed model, you may as well buy proper and separate kits. Unfortunately, I found the same problem in all the models that I built that had a ”detailed” engine included in the kit. 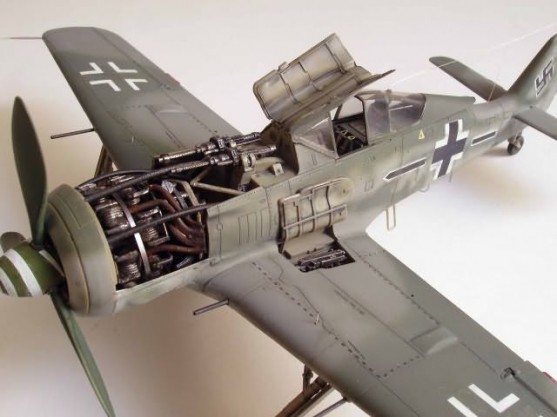 One of the state-of-the-art kits of today, the Eduard Fw 190’s internal components
lack finesse and completeness which makes them look somewhat unconvincing.

Inevitably, the most common approach is to combine a kit and an aftermarket detailing set and prepare for the worst. The Dragon Focke Wulf Fw 190 and the Aires BMW 801 are a good example. Both kits can be built separately into great looking models. However, if you try to harness the Aires engine into the Dragon kit, you will find that the Aires kit is about 2mm longer than the surrounding frame. I had to compensate for the missing cowling length. Fortunately, it is possible to fully expose the engine and disguise the added fuselage length in the process. 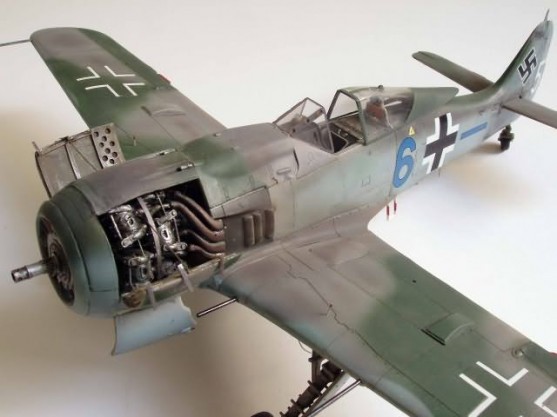 Mating the Aires engine with Dragon’s fuselage posed a series of problems due to the engine assembly being too long. Finally I solved the problem by fabricating new cowling panels.

Verlinden solved the bloating problem by providing only partial exposed ”inserts” of the engine compartment rather than a complete engine. This is an elegant solution that creates the desired optical illusion that the engine is truly there. However, the builder is confined within the offerings of the Verlinden set without many options to further detail the exposed area. In addition, this kit is not free from fit problems largely due to the isolation of different detailing components that in real life were interconnected. 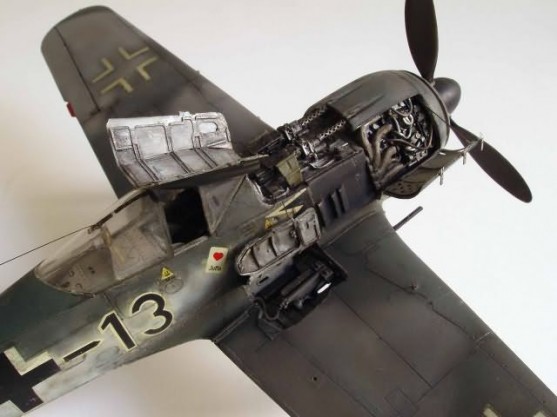 Verlinden detailing set for Fw 190A.

The fourth solution that I present here involves what I call ”floating structures”. This approach allows the modeller better control over the outcome of his detailing effort without the disadvantages of the previous methods.

From the outset, the choice in detailing engines should be to reveal engine parts through individual open cowling panels so that the remaining cowling array remains to be a rigid structure attached to the rest of the airframe. The situation is similar to regular engine maintenance in the field. The rigidity requirement means that you probably will be able to open a few rather than all cowling panels, but the advantages of this approach will surely manifest themselves at the final assembly stage. 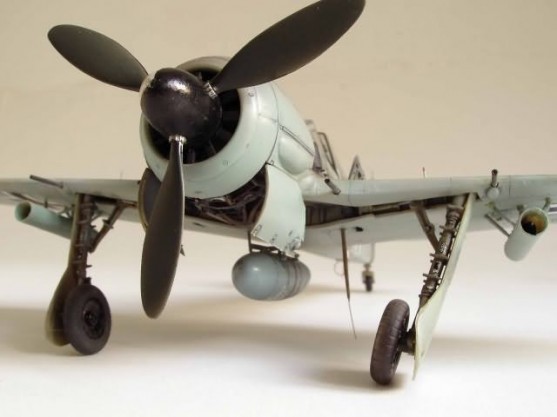 Here, the engine can be assembled and detailed separately and extensively. With the engine as a single component, the bloating effect can be assessed and if necessary, mitigated through the movement of the engine assembly and bearers inside the plastic envelope of the cowling. Indeed, with only a little tweaking the entire sub-assembly can be moved where desired without showing any signs of inaccuracies.

Also, the engine assembly will usually be attached around one pivotal point only, allowing for larger degree of final adjustment, for example for correct positioning of the propeller axle. I actually use very little glue in the process.

I hope that this simple advice will help you to set the objectives right during your next engine detailing project. 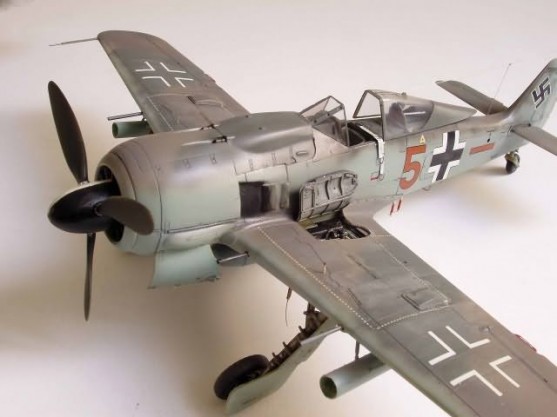