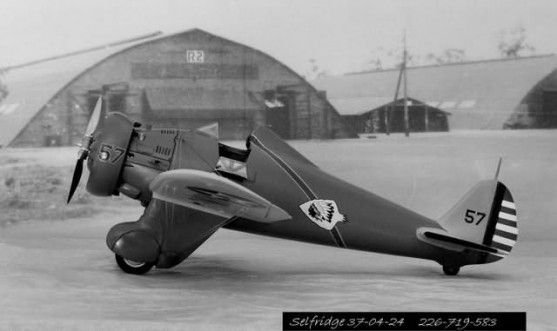 The Boeing P-26A is one of the immortal aircraft designs of the Golden Age. The first all-metal monoplane fighter to serve with the Air Corps, it was the forerunner of the things to come despite the externally-braced wings, an open cockpit and fixed undercarriage. At the time of its introduction it was faster and climbed better than the contemporary biplane fighters – an advocate of a new era in aviation. It was called the ”Peashooter” by its pilots.

In a strange twist of events, the P-26 also turned out to be the last Boeing fighter to enter production despite the company’s previous specialization in the field.

The Hasegawa 1/32 P-26 Peashooter is an old kit. It was released over 30 years ago along with the P-12E, F4B-4 and BF2C-1 from the same company. Despite its age, it is a good kit with high level of detail. Of course there is also plenty of room for superdetailing should you wish to do so.

Work started with the cockpit. The interior was painted with Humbrol Metal Cote Aluminium followed by a light wash of brown acrylics. New seat harness was made from lead foil and fine wire.

The instrument panel was drawn on the computer and printed on the photo paper. Call it cheating but I think that the result was rather convincing… 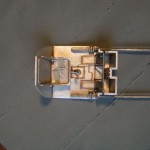 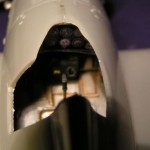 The assembled engine was painted with Humbrol and Model Master metalizers. Also here a light wash of oil black acrylics was applied to bring depth to cylinder detail. 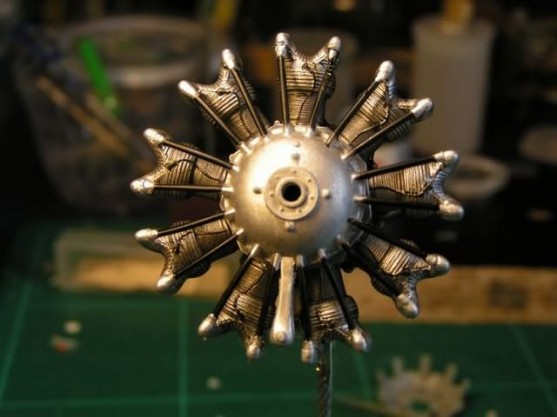 In general I tried to keep this project on the out-of-the-box level. Overall, the fit of the kit components was very good. In the end I couldn’t resist replacing one detail, the gun sight tube. 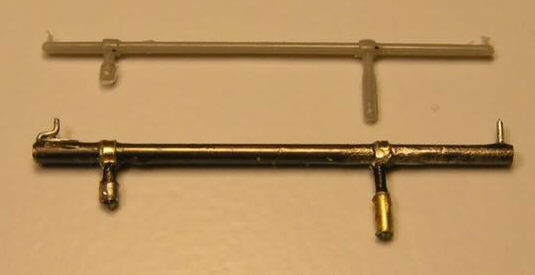 After the basic airframe was assembled as per kit instructions the model was ready for painting. The fuselage would receive USAAC Light Blue and the wings Chrome Yellow.

A problem which soon occurred was the (!#&% – add your favourite curse) yellow. That most yellow paints cover badly is a known fact, but I had no idea of just how difficult it would be to achieve an acceptable finish. I started with a mixture of Tamiya gloss X-8 Lemon Yellow mixed with a few drops of X-7 Red, diluted as usual with water and alcohol 70/30. Only this time it resulted in a porridge-like mess which not only kept blocking the airbrush nozzle but also resulted in a sandpaper-style finish… Fortunately there is Mr Muscle for such occasions, so everything was washed off and started all over again. This time I replaced the paints with XF-3 Flat Yellow and XF-7 Flat Red. The results were only marginally better and I found myself washing the model with Mr Muscle again. Finally, a call for help on the forum of IPMS Umeå brought some valuable advice: lower the airbrush pressure, change thinner. Now I finally achieved the finish which somewhat matched the smoothness of the original. 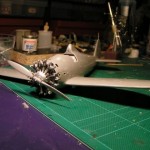 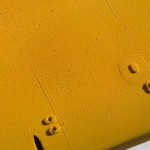 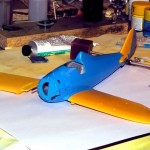 The Hasegawa decals proved to be very thick and difficult to applied on curved surfaces. for this reason the rudder stripes had to be masked and painted. Other decals went on sufficiently well.

I started the top rigging with thin metal wire. However, it turned out to be too stiff and therefore difficult to tension properly so I soon changed to the 0.30 mm fishing line for the bottom wires. You could probably see on some of the photos that the wires could have been tensioned more tightly, especially the top ones – some of this was later corrected, but I will definitely stick to the fishing line or nylon thread for my next rigging. 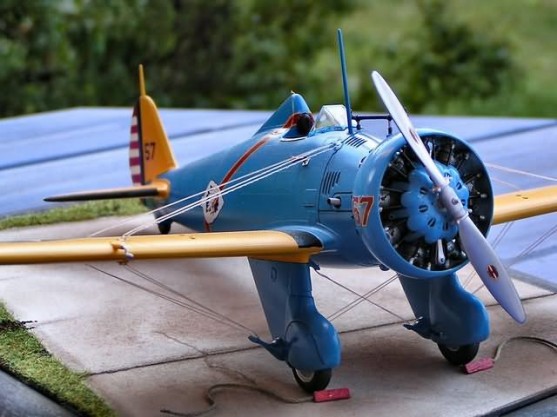 Doesn’t a dab of colour like this make you glad? I like the P-26 and beside the decals, all difficulties encountered during this build seem to be of my own making. I would not hesitate to build another as soon as Yellow Wings or some other company makes a decal sheet for this aircraft. 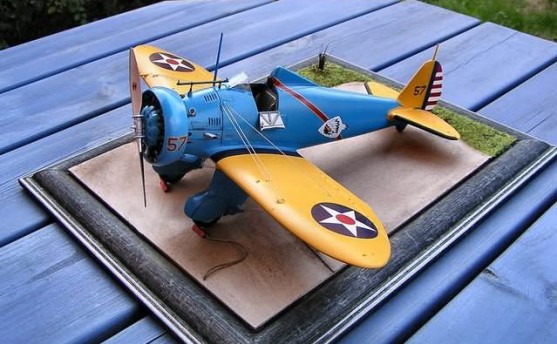 The Hasegawa kit has aged well and can still be highly recommended. 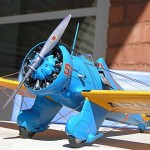 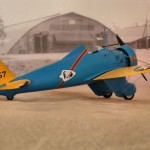 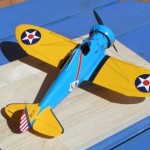 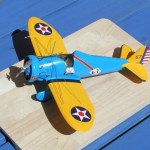 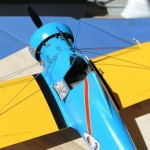 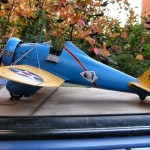