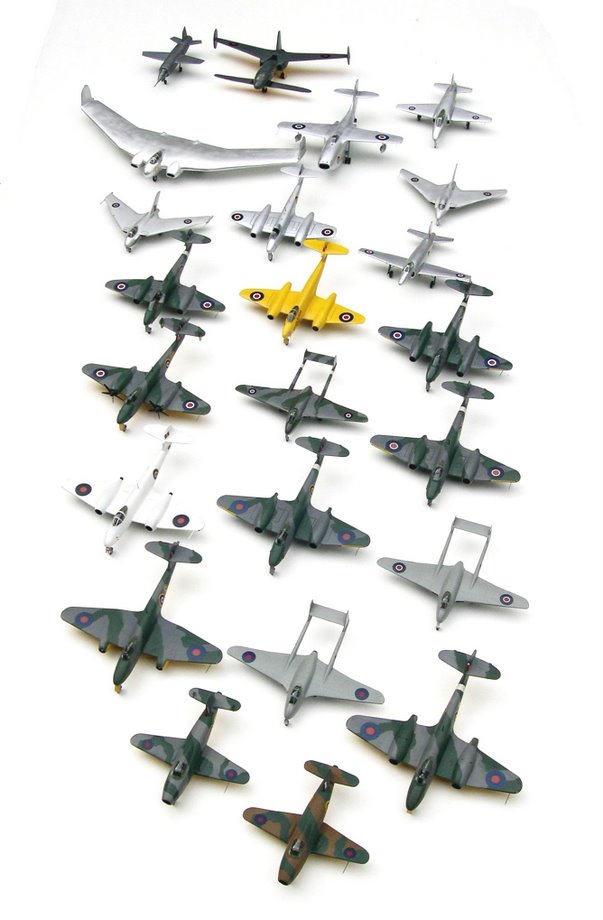 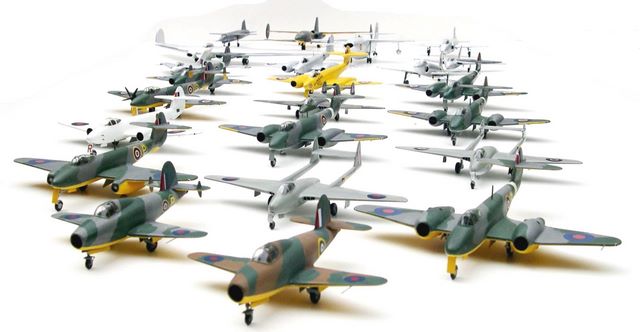 In the beginning of 1938, British Air Ministry decided to put an order to Gloster for the development of a new experimental aircraft powered by the new Whittle jet engine. With this the British aircraft industry entered the jet age.

A contract E.28/39 for two prototypes was signed by the Air Ministry in January 1940 and the first of these was completed by April 1941. Although the Gloster E.28/39 was not able to achieve high speeds, it proved to be a capable experimental platform and paved the way for Britain’s first operational jet aircraft, the Gloster Meteor, followed shortly by others.

My collection of early British jet aircraft includes the following models, 23 in all:

The Gloster company built two E.28/39 machines, these were serialled W4041 and W4046. I built the the W4041 in two different versions, representative of the early and late configurations of this aircraft. Both models were made using the old Frog and Novo kits with a few modifications. 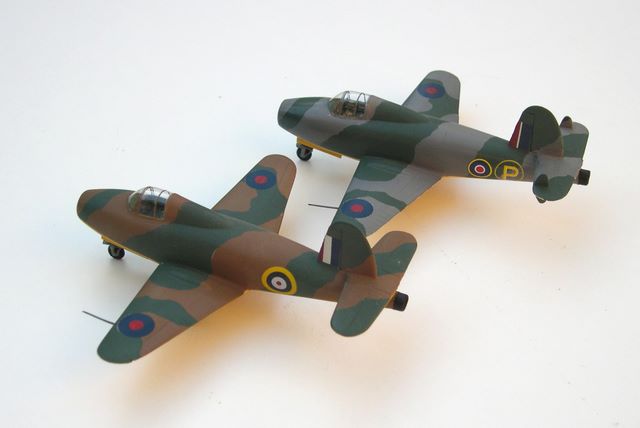 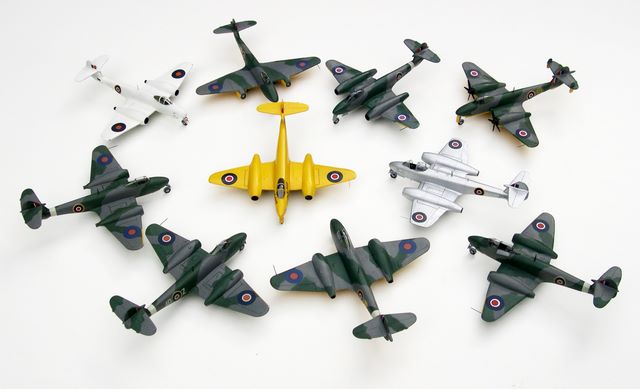 The Gloster Company received a contract F.9/40 for twelve prototypes from DG202 to DG2013 on February 14th, 1941. The idea was to prove the viability of different engines and configurations. I made only two of these prototypes.

DG206/G was the third prototype powered by the Havilland 2.300 lb Halford H.1 engines which was the first F.9/40 to fly. Michael Daunt flew the aircraft redesigned as F9/40H for the first time at Croswell on 5 March 1943.

I used the old Airfix Gloster Meteor Mk III kit for both models but had to make several modifications to them, such as: new canopies, new scratchbuilt engines, modified tails and a few smaller items. 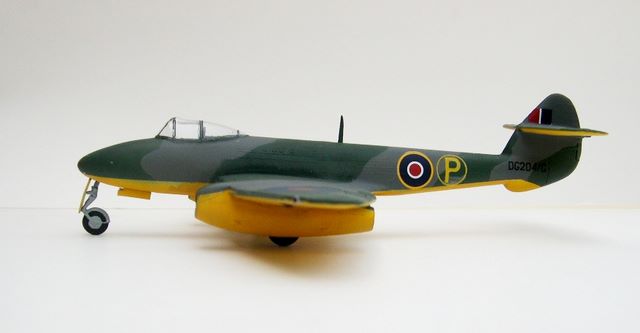 Positioned beneath the fuselage of EE214/G is the 100 gal external fuel tank which first flew on the aircraft on 1st May 1944. This was intended as a cure for Meteor’s limited range. This design eventually led to the development for a jettisonable tank.

The model was made using an Airfix Mk III kit with an own vacuum formed canopy and (obviously) a new external fuel tank. 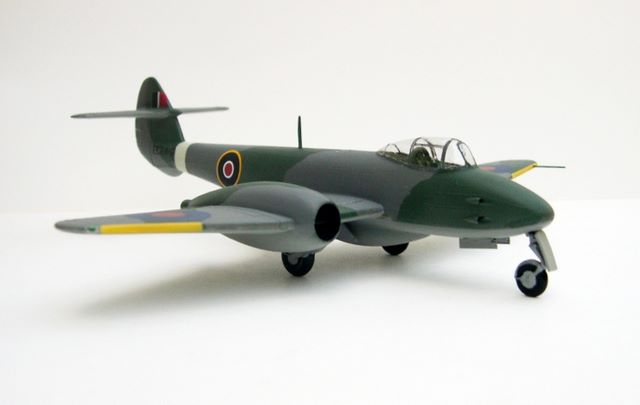 On 20th January 1945 four operational aircraft were deployed to Melsbroek in Belgium to provide the base with air defence but also with the intention of drawing the German Me 262 units into combat. Despite a series of flights to display the new type to the Allied anti gunners the pilots still found the odd round fired at them during sorties over friendly territory and in another attempt to distinguish themselves from the Me 262 and to provide themselves a measure of winter camouflage the aircraft were given a coat of white distemper over the standard Dark Grey and Ocean green upper camouflage.

The model was made using an Airfix Mk III too with an own vacuum formed canopy. 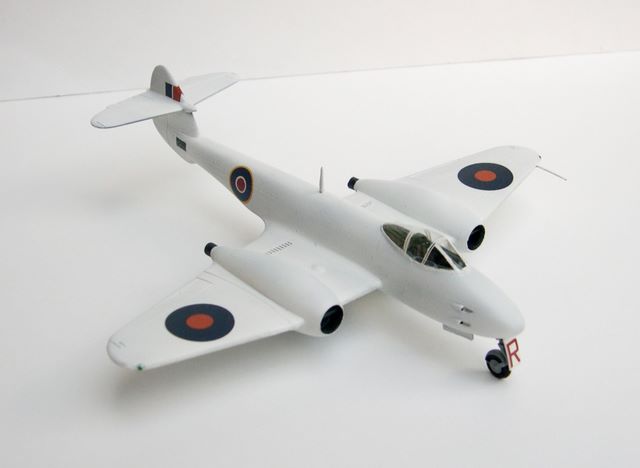 The Meteor F Mk III of the 74 Squadron RAF stationed at Colerne, UK during 1945. These markings are actually one of the options which came with the Airfix Meteor kit. 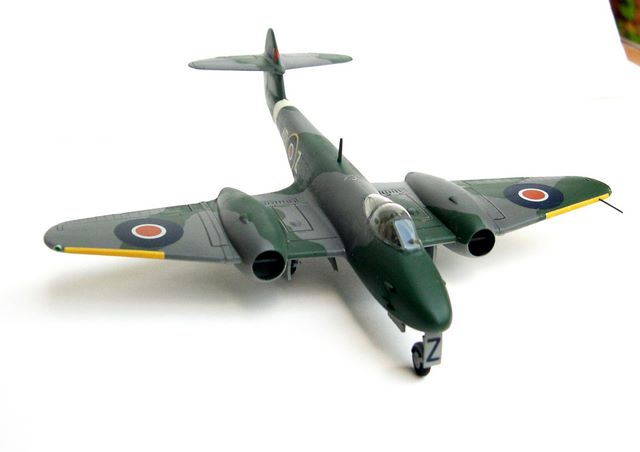 Before “real” production of F Mk 4 became available two late F Mk IIIs (EE454 and EE455) were taken off the production line and modified to the F Mk 4 standard for use by the reformed RAF High Speed Flight. The aircraft retained long span wings but were fitted with prototype Derwent 5 engines with long nacelles. The aircraft were specially prepared for an attempt on the world speed record. On 7 November 1945 Group Captain H. H Wilson CO of the ETPS flew EE454 to an average speed of 606 mph in 4 hours setting a new record while Eric Greenwood, Gloster’s chief test pilot managed to achieve 603 mph in EE455.

I have cloned all the necessary pieces (fuselage, wings, etc) to make these two models using the JP kit as a master piece because unfortunately it is no longer available in the market. The wings were extended in scratch.

I bought the decals for the Yellow peril many years ago from Dutch Decal.

Due to the fact that the fuselage, tail, elevator were resin parts I had to use a lot of weight to keep the balance. I even put weight into the engine nacelles. 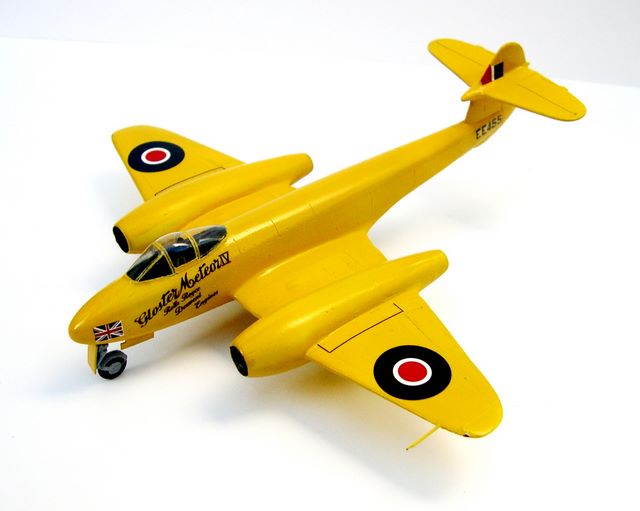 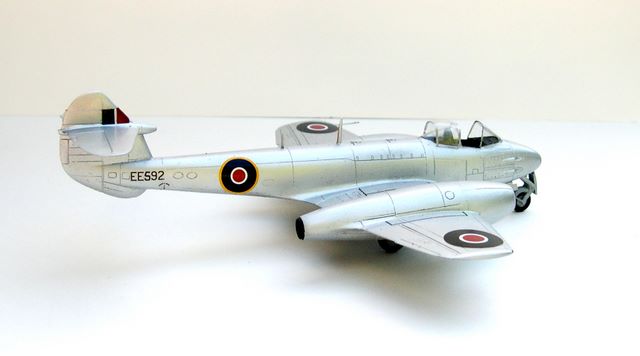 Martin Baker initially used a Boulton-Paul Defiant for their ejection seat tests but in November 1945 acquired a Meteor Mk III EE416, which had a second cockpit added in place of the ammunition bay, behind the normal cockpit. The extra cockpit had no flying controls and was intended only to accommodate a seat under test. Benny Lynch made the first succesful ejection in the UK using a Martin Baker seat on 24th July 1946.

I had to perform some an important modification in order to add the second seat. In this case is a Martin Baker Mk I seat which I bought from Aeroclub. Both the model and the canopy are clones. 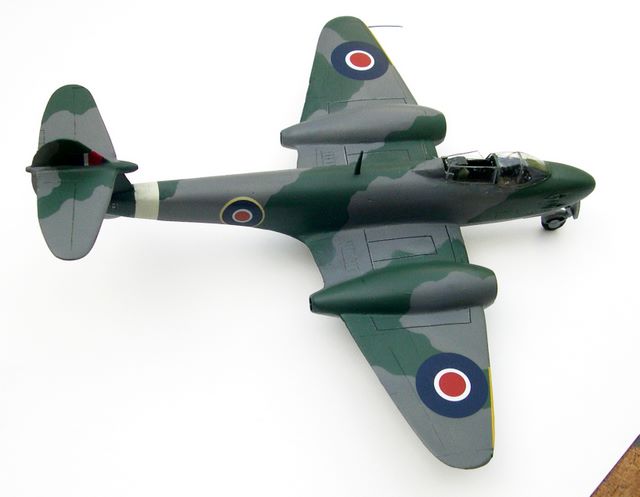 In February 1945, with the RAF’s immediate needs catered for by the delivery of the improved Meteor F.3, EE227 was converted back to F.1 standard and handed over to the Rolls-Royce facility at Hucknall as a flying testbed for the newly developed RB.50 Trent propeller-turbine, or turboprop. This kind of powerplant offered many of the advantages of the turbine power – relative simplicity, high power and lack of vibration, combined with the proven capabilities of the propeller: high aerodynamic efficiency even up to quite high Mach numbers. The Gloster Trent-Meteor first flew on September 20th, 1945. 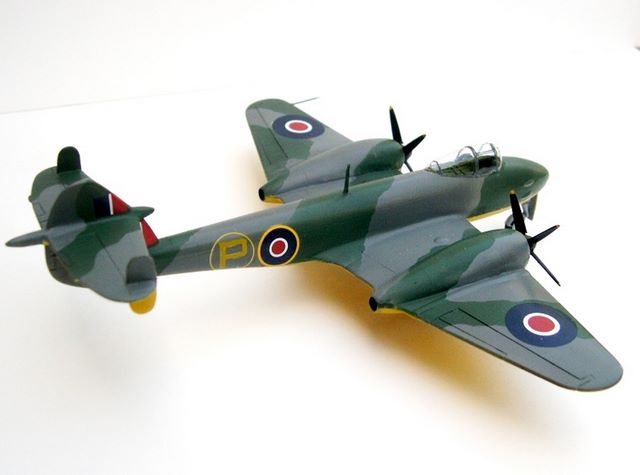 To make this model I used an Airfix Gloster Meteor Mk III as a base but with the following scratchbuild modifications: 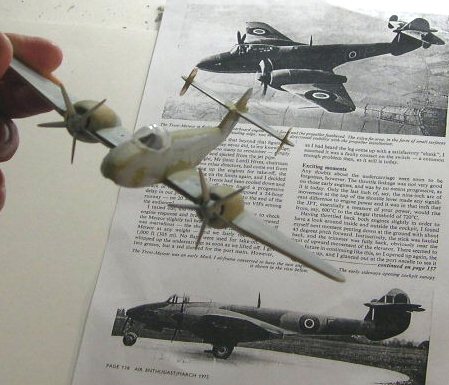 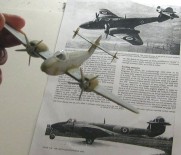 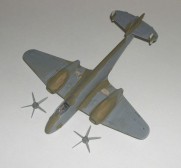 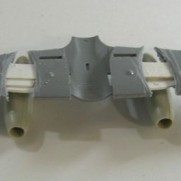 Continue to Early British Jets – Part 2: de Havilland and Others