Aircraft and Colours of the Rhodesian Air Force

Throughout its history, the Rhodesian Air Force has been serving under many names and markings.

The South Rhodesian Air Force was first established in September 1939 as a transition of a humble Southern Rhodesia Air Unit trained in the UK during the 1930s, which also became the No. 1 Squadron.

The SRAF lasted as independent organisation for only about six months. The war in Europe was developing rapidly and unfavourably for the British prompting rapid mobilisation of overseas resources for the war effort. In April 1940, SRAF was therefore absorbed into the Royal Air Force and No.1 Sqn redesignated 237 (Rhodesia) Squadron RAF. Soon, the Rhodesian Air Training Group (RATG) was initiated as part of the Empire Training Scheme. During the course of the war, RATG expanded to of four Service Flying Training Schools, an Initial Training Wing, a combined Air Observers and Air Gunners School and a Central Flying School for instructors. Over 7600 pilots and 2300 navigators were trained in Rhodesia during the war years.

Immediately after the end of hostilities in Europe and the Far East the training establishments were rapidly reduced to much smaller capacity, but training of RAF crews in Rhodesia would eventually continue until 1954.

In the meantime, SRAF made its second debut as an independent air force. Re-created in 1947, it consisted initially of but one Communications Flight operating a miscellany of well-worn trainers and transports left over from the RATG. It was not until 1951 that the force received its first combat aircraft, the Supermarine Spitfires Mk. 22. These fighters equipped No 1 & 2 Squadrons in a newly-established air base in New Sarum.

In September 1953, SRAF was renamed Rhodesian Air Force upon creation of Federation of Rhodesia and Nyasaland . A year later, in October 1954, by appointment of the Queen the prefix ’Royal’ was added to the name, thereby becoming the Royal Rhodesian Air Force (RRAF).

The 1960s saw the breakup of the Federation, followed by the start of the insurgent war which would eventually last until the late 1970s. On 1 March 1970 Rhodesia declared itself a republic, and the ’Royal’ prefix was dropped from the title of the RRAF, which became the Rhodesian Air Force (RhAF).

Following the peace conference held in 1979–1980, a settlement was met to oversee the disarming of revolutionary guerrillas, the holding of elections, and the granting of independence to a local government. The country changed its name to Zimbabwe-Rhodesia. Although the guerilla war continued for yet some time, eventually the conflict ceased. With the country gaining formal independence on 18 April 1980, the Rhodesian Air Force became the Air Force of Zimbabwe (AFZ) and gradually could transfer to peacetime duties.

With personnel reductions followed by lack of trained pilots and many aircraft put into storage or sold off, the AFZ has never achieved a degree of the operational efficiency of its former self. 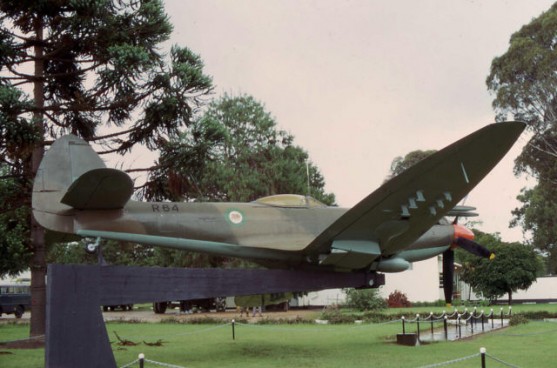 The re-established South Rhodesian Air Force received a complement of 22 Spitfire Mk 22 fighters. These were delivered from the UK between March and December 1951, and two new Squadrons (No.1 & No. 2) were formed to operate these aircraft. The Spitfire served in first-line duties for only three years, being superseded by de Havilland Vampires FB.9 in early 1954. In 1955 ten Spitfires were sold to Syria an the remaining aircraft withdrawn.

This aircraft (SR64, ex-RAF serial PK350) has been preserved as a gate-guardian at New Sarum Air Station, photographed here in the 1970s. This aircraft latter was later restored to flying condition, but sadly it crashed in 1982 and was damaged beyond repair. 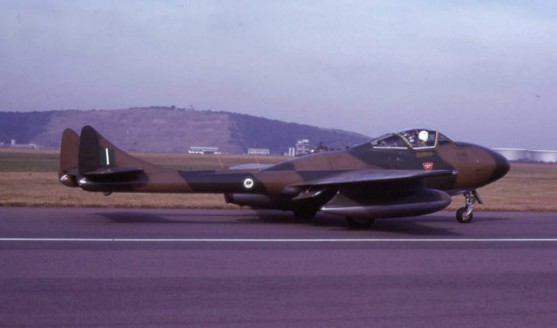 de Havilland Vampire T.11 in the markings of 2 Sqn. The de Havilland Vampire was the most numerous aircraft type in the history of Rhodesian Air Force, a total 66 aircraft in various versions being used between 1953 and 1985. Sixteen of their number were two-seat T.11 trainers which operated from March 1955 until November 1977 with No.2 Sqn.

The national insignia of a green-white roundel with Rhodesian Lion visible here was introduced in 1970 and used until 1979. This marking was displayed in the usual six positions, together with a green/white/green fin flash. 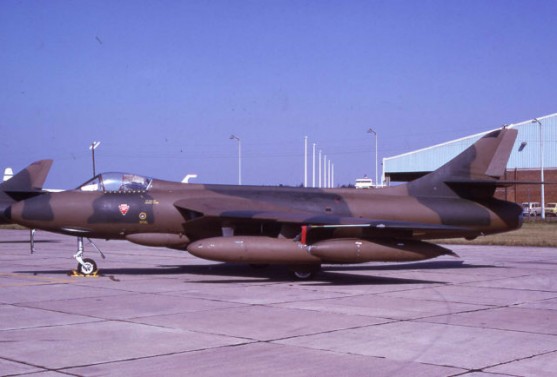 The Hawker Hunter proved capable of an extraordinary long service life in the hands of many air forces throughout the world, and Zimbabwe was no exception, having retired their last machines in 2002. An interesting note is that as sanctions were imposed on Rhodesian government during the insurgent war, the Rhodesian Hunters were kept flying with parts that could be recovered from ex-RAF spares dumps in Oman and Sharjah. 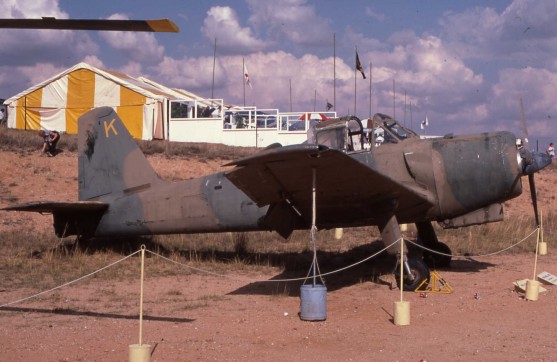 16 Percival Provost trainers were acquired from Britain in 1954-1955. They were used by Used by 4 and 6 Squadrons for basic flight training. The aircraft proved successful and needed, and 9 additional aircraft were obtained covertly during the early 1970s, possibly from Oman. Some of the Provosts were fitted with hardpoints to allow the use of weapons in the close support role.

This aircraft is photographed at the SAAF Museum which acquired it in 1971. It was later written off in 1998.