Westland Lysander might not have been a successful combat machine, but it’s very distinctive and graceful shape make it both unique and interesting. The Lysander was something of a bridge between old and new, the biplane and monoplane era, the classic and modern way of conducting aerial warfare. And, unsurprisingly, it had to hastily give way to more modern aircraft as soon as these became available.

The Lysander was designed to fulfil a role of army co-operation aircraft, a direct replacement of the ageing Hawker Hector and Audax biplanes. The prototype first flew in 1936, and proved to be of excellent handling qualities. Three main versions of the Lysander were produced in total. The Mk. I and later Mk III where powered with Bristol Mercury engine, whereas Mk II featured a Bristol Perseus, which gave it slightly better performance at altitude.

During the hectic spring of 1940, many Lysander squadrons where sent to fight in Belgium and France. It soon became apparent that the concept of the slow army co-op aircraft was completely outdated and the Lysander squadrons suffered terrible losses. After the Battle of Britain they where gradually equipped with more modern aircraft.

Later on the Lysander found it’s true element. With it’s excellent short and rough field performance, the type was widely used as special night mission aircraft to ferry agents and supplies to and from the occupied Continent. In this role the aircraft served until the end of hostilities, thus deserving itself a rightful place in aviation history.

Westland Lysander has been produced many times in plastic kit form. Most of these kits are quite old, but some are neat and accurate. First, there is a plethora of Lysander kits in 1/72nd scale. Old Airfix and Frog offerings are quite rude, but the early Matchbox kit (a Mk. II) is very accurate in outline and can be turned into a little gem, if you don’t mind filling those oversized panel lines. In 1/48th scale, I remember only a Testors/Italeri kit, but I can’t comment on it except for that it has some accuracy glitches, judging from the photo of an assembled model. Then there is a 1/32 Matchbox kit, which is definitely the best Lysander kit ever made, and needs perhaps only some minor detailing to turn it into a beautiful model.

The pictures presented here were taken at Royal Air Force Museum in Hendon, London, during the summer of 1997. Presented machine is a Lysander Mk III. 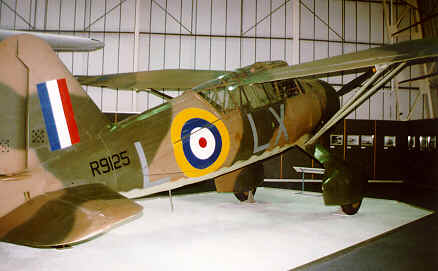 General view of the Lysander. This example is painted as R9125 LX*L of the School of Army Co-operation, as it appeared in 1939. 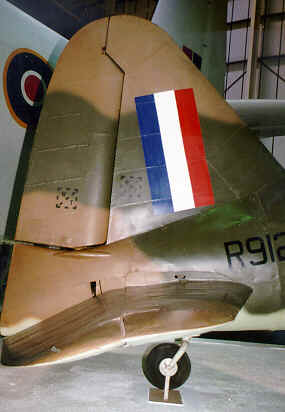 We start our walkaround from the rear. This is a fabric-covered tail and tail wheel. Note the W/T stencils. 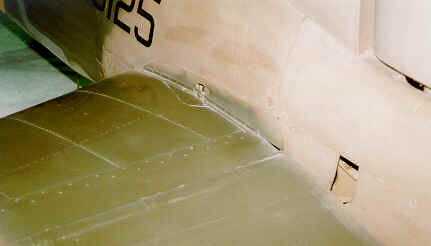 The whole horizontal tail unit of the Lysander was hinged and could be adjusted in flight within a wide variety of angles, to support low-speed flying. 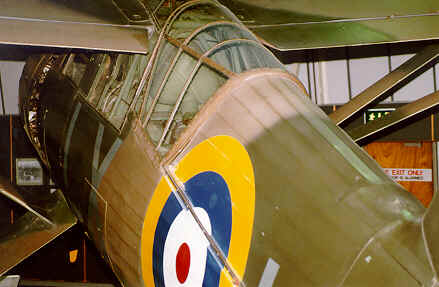 The rear part of the fuselage was fabric-covered, which can be seen here. Also visible is a sliding hood over gunner’s compartment. 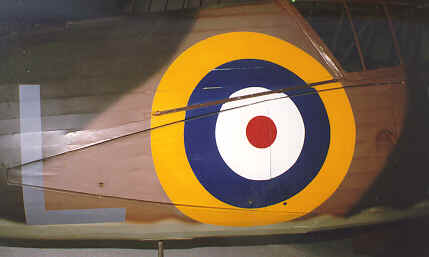 These two photographs show the fuselage sides, starboard (above) and port (below). The starboard side featured a large detachable inspection panel, which resulted in a clearly visible panel line, as can be seen. 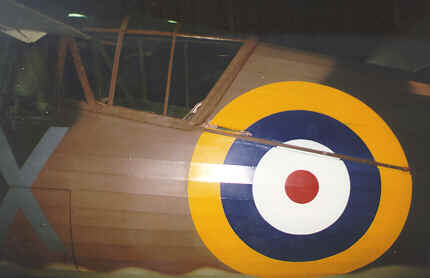 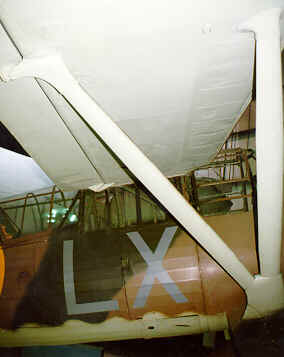 A glimpse under the wing, showing the arrangement of wing struts. 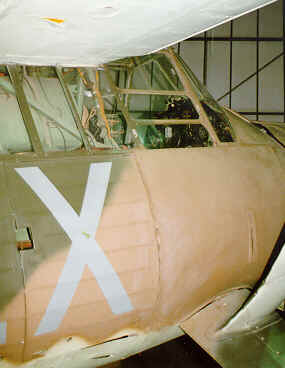 The front section of the fuselage was covered with metal plates. 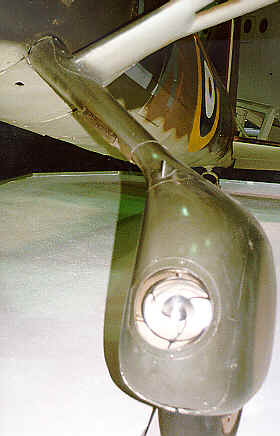 The fixed undercarriage was neatly faired into aerodynamic legs. No oleos were needed as the wheels were sprung internally. Each fairing housed also a landing light and, on operational examples, a machine gun (not present here). A small raised triangular element in the middle of the photo is a crew access step. 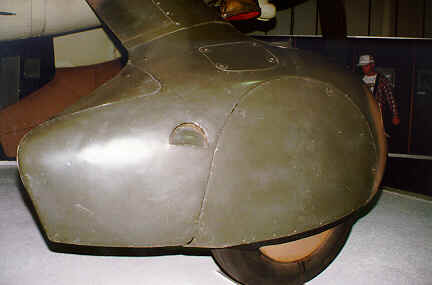 The side of starboard wheel firing. The wheel cover were often removed in operational use due to the risk of mud clogging the wheels. Note also another access step. 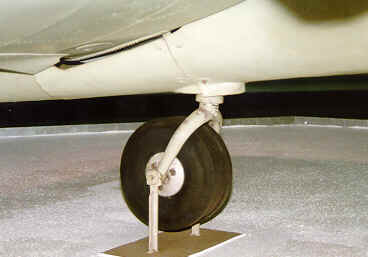 While we are looking at the undercarriage, this is a close-up on a tail wheel. 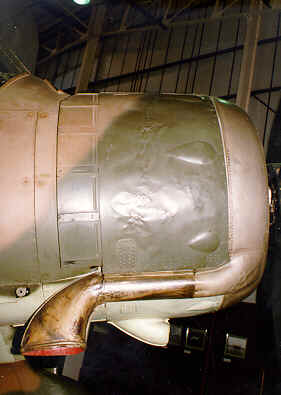 The Bristol Mercury engine cowling featured slightly raised teardrop-shaped blisters which covered cylinder heads. The exhaust were first collected in the ring at the front, and then led out by a single pipe visible here. The rear part of the cowling is formed by movable cooling gills. 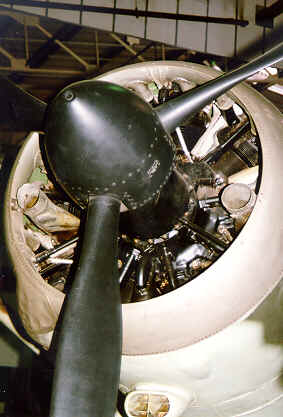 This is a Bristol Mercury engine. As you can see, plenty of possibilities for the superdetailer!

The propeller is a de Havilland unit with fairly small spinner covering the variable pitch gear. 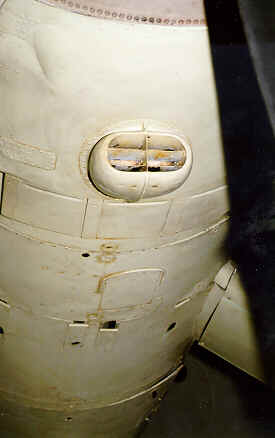 This photo, taken form the frog’s perspective, shows the carburettor air intake of rounded type (typical for Mercury-engined Lysanders), and prominent panel lines on the underside of the fuselage. 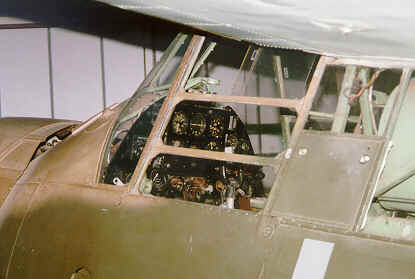 Finally, some pictures of the pilot’s cockpit. This view shows the instrument panel and a Spitfire-type stick with a rounded handle. 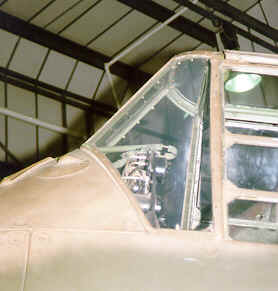 Large windscreen provided the pilot with an excellent field of view. Note that the rear side of instrument plate is left opened with all electrical cables exposed. The brace above the panel was intended to support the gunsight, but the gunsight is absent on this particular aircraft.

Small vents in front of the windscreen allowed for cabin ventilation.

The high-mounted wing went straight through the upper side of the glasshouse canopy. In the front there is a sliding roof panel for the pilot. 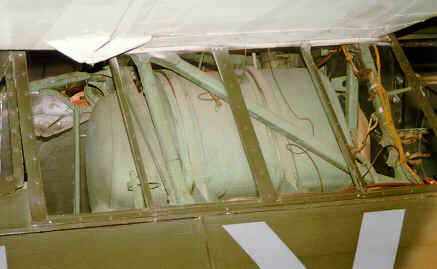 The pilot’s and gunner’s compartments were separated by this rather big fuel tank, built in between the sturdy steel bracing holding the wing. As you can see, all structural elements of the interior were painted with Interior Green-Grey.