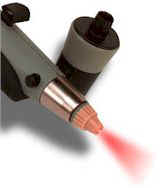 These charts deal with the problem of which colours to use. Maybe you know the prototype colours, but don’t know what model paints to use. Perhaps you have an instruction manual that lists model colours of a brand you don’t use and wonder what the equivalents are. Sometimes you wonder about a colour you don’t have any references to. In all these cases these chars are for you.

The emphasis is on military aviation colours.

Following paint brands are included in the charts:

When matching model paints, the gloss/matt factor is most often disregarded. You should be able to obtain the required finish by using matt or gloss varnish on the painted model.

Most often the charts simply refer to the matching paint symbol or number. If mixing is required, it is indicated by the formula like this one:

Means that two different colour matches could be been found in the available references. The first one requires four parts of Humbrol #3 to be mixed with one part of Humbrol #131. Another source recommended to use Humbrol #3 straight.

The order in which alternative matches are presented is not the expression of some ranking on the part of the authors. In most cases alternative matches should be subjected to the reader’s judgement. However, as a rule of thumb, colour matches that could be confirmed from more than one source have been placed earlier in the list of alternatives.