Hoppa till innehåll
Hem » Artiklar » Too Much Weathering? 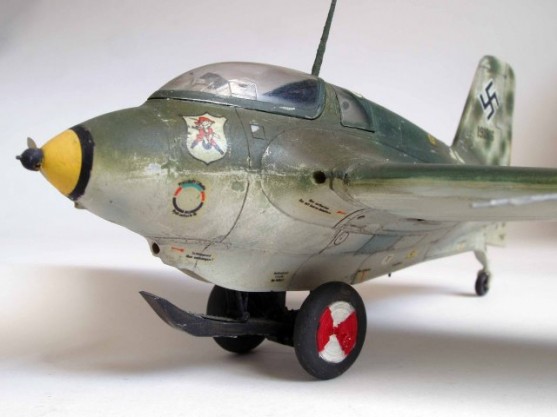 Weathered aircraft and armour models look good. In fact, they look really good, much more appealing to the average spectator than the models that have been ”just painted”.

Typically, from the modeller’s perspective, a weathered model has double rewards. First, the opportunity to exercise additional techniques and, as experience and skill is gained, master the finishing techniques. Secondly, weathering can subtly enhance the model’s 3-dimensional nature, making it more authentic.

Armour vehicles are bound to be weathered and dirtied. A convenient fact to the learning modeller is that there seems to be no limit to the amount of wear, tear, dust and mud that an armoured vehicle can accumulate. Consequently, one does not have to restrain himself in weathering as long as the environmental impact characteristic match with the geographic locations where a vehicle was operating.

With aircraft models though, weathering is a different story. Any significant addition of mud, for example, on an aircraft’s skin is bound to add to the aerodynamic drag and decrease its overall performance in the air. As a result, one of ground crews’ main tasks is to keep the dirt, grime and any blemishes on an aircraft’s surface under control.

Over the years, there has been a considerable debate around the right amount of weathering that ”should” appear on model aircraft. Specifically, the debate centred around WWII era aircraft as modern day aircraft are mostly protected in enclosed hangars and are seldom exposed to the harsh field conditions. Moreover, variation to the degree of beating that aircraft took at that period depended on the nationality and locations where the aircraft operated. For example, Japanese aircraft were generally heavily weathered and had large patches of chipped camouflage paints because the factory paints were not durable under the tropical field conditions. By contrast, Luftwaffe aircraft display by far the highest diversity of attrition levels due to the fact that they operated in different theatres and that the standards of factory finish and maintenance were steadily decreasing throughout the course of the war.

While my intention is not to provide guidelines as for the correct amount of weathering that should be applied to models representing particular aircraft, I would like to demonstrate two approaches to one aircraft type that can be equally ”right”.

For this example, I chose the diminutive Messerschmitt Me 163 Komet. This unique aircraft, the only operational rocket-powered aircraft, had a brief combat career at the closing stage of the conflict. Relatively few photographs and documents exist that show the state and the attrition rate of operational Komets. In fact, lack of suitable photographic evidence stirs a lot of speculation, for example about whether aircraft carried at all the artistic units’ insignia below the cockpits.

The first Me 163S two-seat trainer, subject of my first model, has an enigmatic service record. I chose here to represent the aircraft in pristine condition. This enabled to highlight the sleek lines of the aircraft on the one hand and also to draw the eyes to the tiny tandem cockpits with the respective details inside. 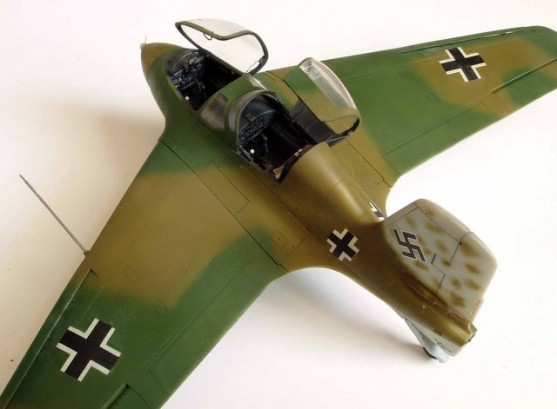 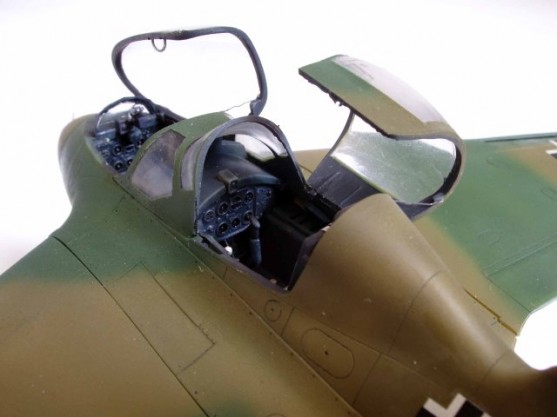 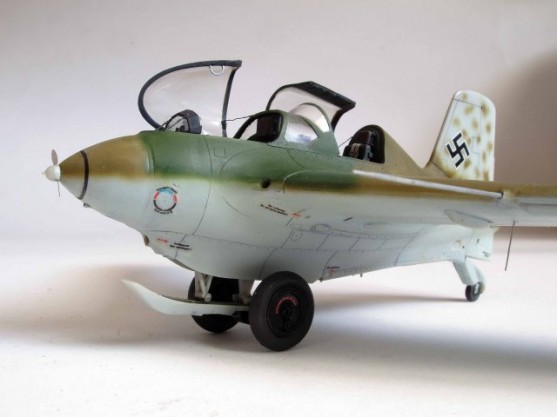 The second example is the Me 163B combat variant of the aircraft. Here, I attempted to reproduce the state of the airframe as it would look like during the final days of the war. Based on photographs of captured aircraft of the type, I concluded that the weathered look of the captured aircraft was largely due to the long time they languished in storage and the rough handling that they apparently endured after capitulation. Yet, it seemed probable that the aircraft had a significant weathering effects while operational due to the lack of facilities and shortage in manpower towards the end of the war. Hence, I compromised between the two extreme conditions to the point where from a distance, the model looks without blemishes and only upon close scrutiny, the weathering effects become obvious. 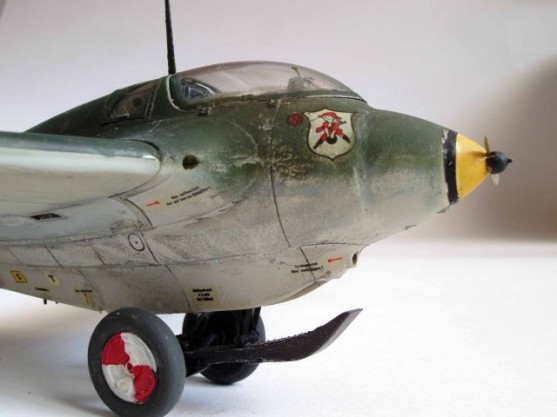 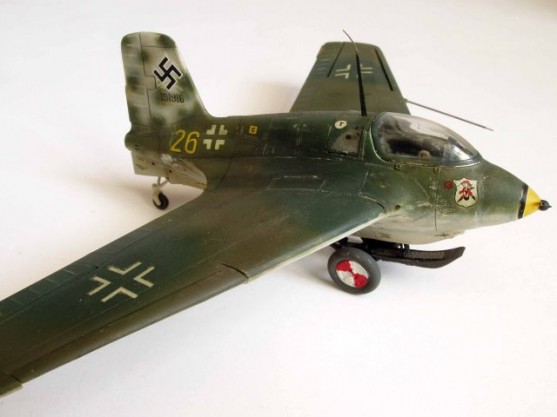 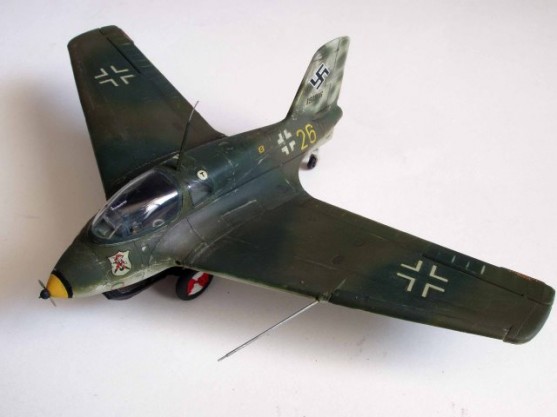 In the end, there is no right or wrong approach to the amount of weathering that should be applied to model aircraft. What is important is the objective of the modeller that wants to represent the aircraft in a certain time frame, rather than make the model look objectively ”good”.