Let me say it clearly from the beginning. I was very happy to see the new Revell/ProModeler kit of Spitfire Mk V on the shelves of my local hobby shop. I was even more glad to hear that the moulds are completely new. I was almost ecstatic to hear that it has been also released under the ProModeler label, for that means the ultimate, ”professional” kits, right?

I brought the kit home and began preparation for construction. Finally a definitive kit of an early mark Spitfire in my favourite scale!

Revell kit boxartBoy, was I disappointed…

Several faults of this kit have been recently discussed on rec.models.scale newsgroup. This little article summarises my views about the kit, previously relflected in my positings to the group. Some of the opinions apply to Revell issue only. The ProModeler issue is much more expensive and features different decals, and different color of plastic.

On opening the box, be prepared for a slight surprise, as the kit has been moulded in revolting chocolate brown color. While technically it doesn’t matter, this kit will requite additional coat of primer, especially for the light grey undersides.

The surface detail is excellent. Cockpit detail adequate. Fit of parts good all around. What the toolmakers failed to do is to capture the shape of the real thing.

I know there are many modellers that will praise the kit for the good detail and fine moulds. I fully respect that. However, for my modelling projects, I prefer a kit to have an accurate overall shape (but then only if I have to choose between the two), since fine detail is often easier and nice to produce than correcting shape problems

Everybody who’s seen this kit will surely complain about the gull-wing shape. Sure, it has been completely ignored, and that is a deadly sin for all Spitfire fans. Still, in my humble opinion, this is not the error that shows most on the built model. After all, the gull wing shape is on the underside…. 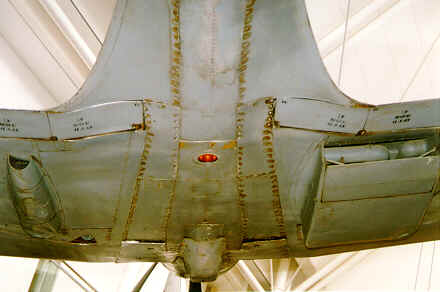 This photo shows the distinctive gull wing shape of the Spitfire.

The kit fails completely to capture it.

After comparing the parts with respectable drawings (by Argus Publications), and comparing the half-built kit with photographs, I can say the following:

The built kit looks wrong in overall shape. ”Spitfire on steroids” has been previously said about Academy’s Mk XIV, and I would say the same about this kit. I list what I think are the reasons for that.

The top cover of the engine block is almost flat at the top, and more curiously, wider at the front of the engine than at it’s rear. This makes the nose look too large and heavy, once the fuselage halves are glued together. The separete exhaust stacks provided with the kit are of somewhat funky shape. You might want to fashion the flattened exhausts from plastic card, or maybe take these parts from the Airfix Spitfire Mk V kit.

The major fault is that the prop spinner is definitely too blunt, not at all like that of Mk. V, and unlike any other Spitfire spinner, for that matter. The real thing was pointed and naturally followed the curvature of the nose. I can assure you that the kit spinner does no such thing – you can compare with the photo below. To correct the error, you will do better taking the spinner from the Airfix Mk. V kit. By all means, do it. This spinner really spoils the model.

of clipped-wing Mk V B

The depicted variant of Mk V had wooden paddle-blade propeller. Revell rendered the propeller much too small in diameter and the blades are of wrong shape. While you’re at it, take the Airfix prop, too.

Gull wing shape. OK, I don’t like this one either. It is a major fault in any contemporary kit of the Spitfire!

Sten Ekedahl pointed also out (thanks, Sten) that the oil cooler under the port wing is of the smaller size with a semi-circular front, found on the Mk. I & II. The Mk. V had a deeper cooler with a circular opening at the front. Revell made the lip intake of semi-circular shape instead of the round one. The explanation is that the cooler is molded integrally with the lower wing, but it really doesn’t look like Mk V. 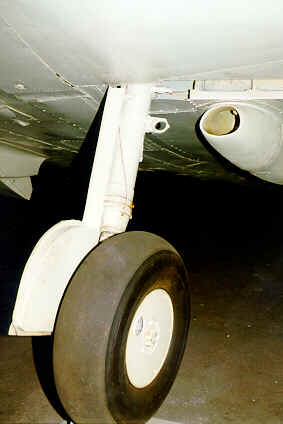 The deeper profile and round intake of the Mk V oil cooler can be seen on this photograph. Interestingly, this very cooler belongs to a preserved Spit in RAF Hendon museum, which is on display as Battle of Britain Mk. I (which it most probably isn’t).

Perhaps only my impression, but the comparison to the drawings showed that rear fuselage is too high in cross-section.

I don’t consider it as being a really big problem, but the colors on the decal sheet are weird. This applies mostly to Sky color of the letters and tail band which can be described better as bright pistacchio green, a kind of color you can see on the adjacent color profiles (which means completely wrong, otherwise the profiles are fine). I recommend you to use some aftermarket decals, at least for the squadron letters and fuselage band. On a bright side, the decals feature some stencils. Roundels on my sample were slightly off-register, but perhaps I was just unlucky with my kit. It is also my belief that the decals provided with the ProModeler version are of better quality.

Revell made an ambitious attempt to raise the standard of it’s kits, but the Spitfire is let down by he same syndrome as a recent Bf 109G-10 from the same company. Fine moulds and great detail together with gross shape problems which make the finished model look wrong. I can’t say whether it depends on the sloppy research, or careless toolmakers.

Because of this the kit falls way short of expectations, especially considering it being marketed under ProModeler brand with a relatively high price. Even considering very crisp detail, it doesn’t quite stand up to best contemporary kits, like, say, Hasegawa Spitfire Mk IX. Of course, the only other serious option is an old Airfix kit, which is an exact opposite to Revell’s – the shapes are all there, but it screams for more detail, recessed lines and crisper mouldings. So the choice stands between accuracy and ease of construction.

While not fixing all of the problems, the kit will benefit from propeller-spinner replacement, new decals and maybe a vacuum-formed canopy. If you’re into some ambitious work, you might even fix the gull wing problem…

Good luck! My model will remain unfinished, anyway. I build so few models every year that I don’t feel like starting something I won’t be satisfied with in the end…

This article was originally published in IPMS Stockholm Magazine in September 1998.