Messerschmitt Bf 109 is probably the most popular of all aircraft among plastic modellers. A couple of months ago, I wrote on these pages: Could IPMS Stockholm’s web site do without a decent Bf 109 walkaround? Of course not… So, here we go again – and this time a quite rare bird, the Emil!

Emil was a nickname given to the E version. This version was a first truly mass-produced variant of the Messerschmitt’s fighter, and the first to introduce the superb Daimler Benz DB 601 engine. By the end of 1939 the E replaced all previous models in first-line service with the Luftwaffe.

Emil was produced in a large number of sub-variants. These where:

The airplane shown here is a Bf-109E-4, identical to the E-4s used during the Battle Of Britain in the summer of 1940.

The pictures below have been taken at the Royal Air Force Museum in Hendon, England. The Hendon machine is one of only a couple of surviving Emils left. 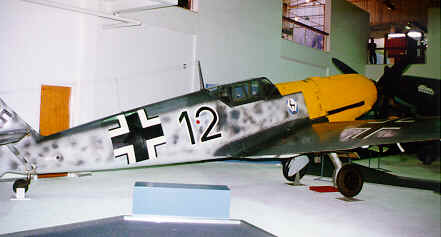 General view of the aircraft in RAF Museum’s Battle of Britain Hall. The good thing about Hendon museum is that most of the aircraft are easily accessible from many sides, allowing for some fine pictures. 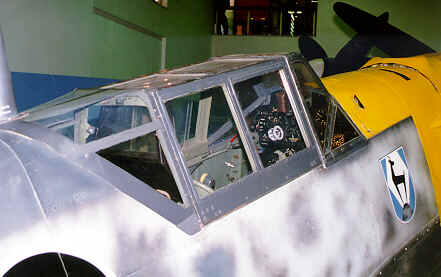 Pilot’s office. This is a heavily framed, square type of hood introduced with the E-4. 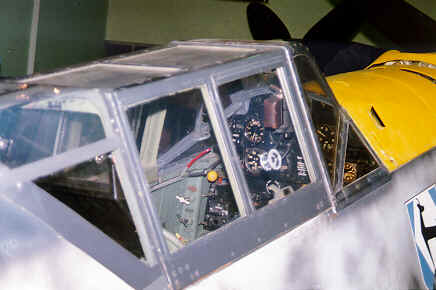 A close-up from the same angle gives a glimpse of the cockpit interior – instrument panel, gun sight and port sidewall detail. 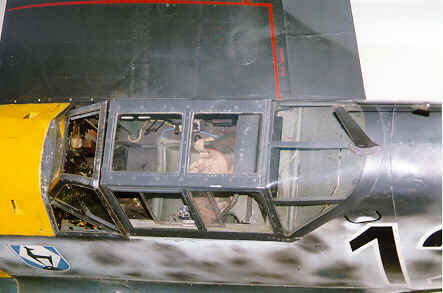 The canopy seen from above, almost like a close-up on a model (can you make your model look this nice?). All constructional details of the canopy frame are clearly visible. The sliding panel on the port side is opened. Other partly visible details are pilot’s seat, headrest armour and access hatch to the luggage compartment behind the seat. 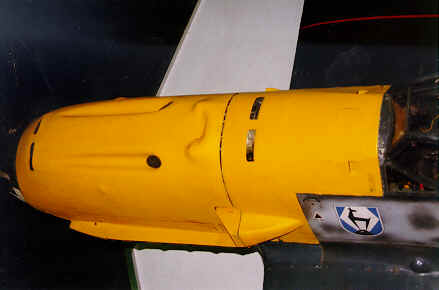 This dynamic view shows all the different intakes, openings and blisters on the upper side of the cowling. Many of available plastic kits of the Messerschmitt have considerable problems with accuracy just in this area. 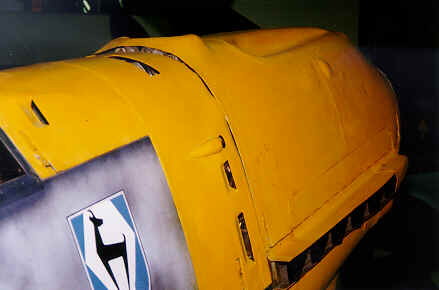 Continuing the examination of the front fuselage detail, this is starboard side of the cowling.

Note the very prominent division line between the cowling and rest of the fuselage at the firewall. From this angle you could even see under it… 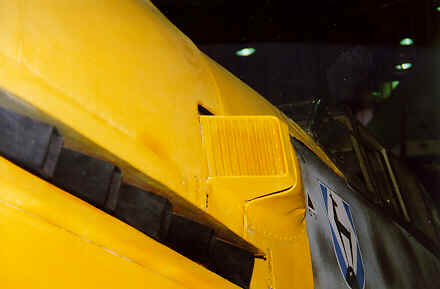 …and a supercharger intake on the port side. 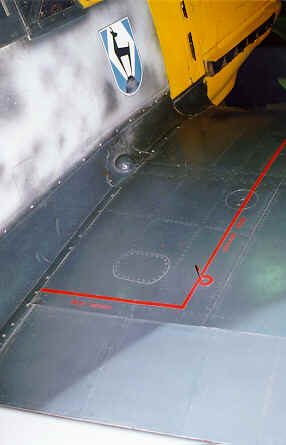 This photo of the wing root shows quite visible overlapping panel lines around it, and a small but very apparent blister in the vicinity of the main spar. 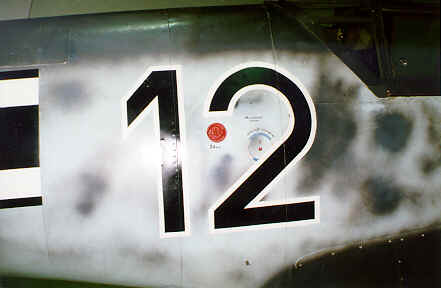 In contrast with the wing root, the rear part of the fuselage is very nicely flush-riveted with the panel lines almost indistinguishable. 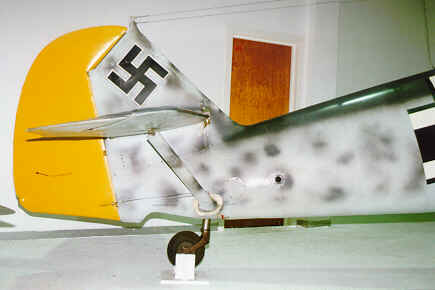 Strut-supported tailplane was a distinctive feature of all early marks of Messerschmitt’s fighter, Emil included. Other that that, you can see the distinctive curved contour of the rudder. Of note is also the tail wheel, which is fixed, but the recess for the retractable one has been retained form E-1 model.

The round hole in the fuselage in front of the tail is a handling point. 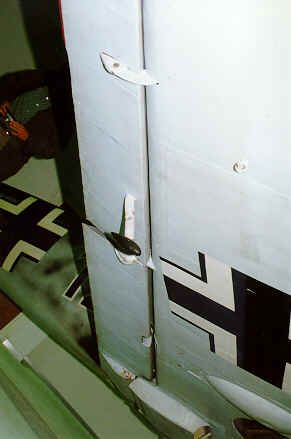 This photo has been taken from a difficult angle, hence the perspective… Anyway, what can be seen here is the underside of the wing showing aileron hinge and mass balance (painted black). The blister in the lower right side of the photo houses the ammunition drum of the 20mm wing cannon.

Other interesting detail is a tiny loop holder used to tie the aircraft to the ground. 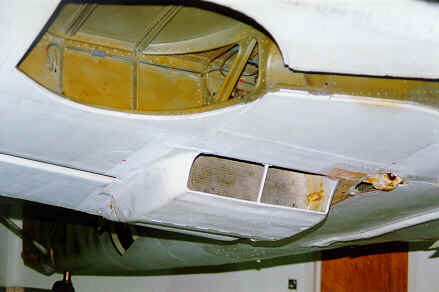 Wheel well sidewalls on Bf 109 E where often fabric-covered, in which case the internal wing structure would not be visible. This feature, as you can see, is absent on Hendon’s aircraft. 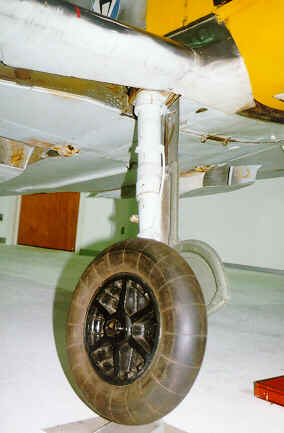 The main undercarriage unit is a clean design, but apparently not an example of good engineering, as undercarriage-related accidents happened all too often on Bf 109s. Spoked wheel hub can be clearly seen here. Note also the internal detail of wheel well cover. 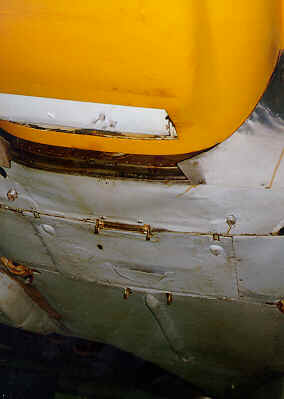 The fit of panels on the wing centerline is quite loose, bent lower plates reveal that this aircraft has belly-landed at least once back in 1940.

Oil cooler outlet can be seen in the front. 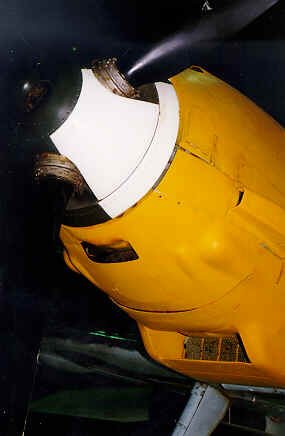 We complete our walkaround by looking at the fighter’s front. Still more small blisters and openings… The VDM propeller’s pitch gear is partially visible because of the small spinner.

Oil cooler can be seen at the bottom.