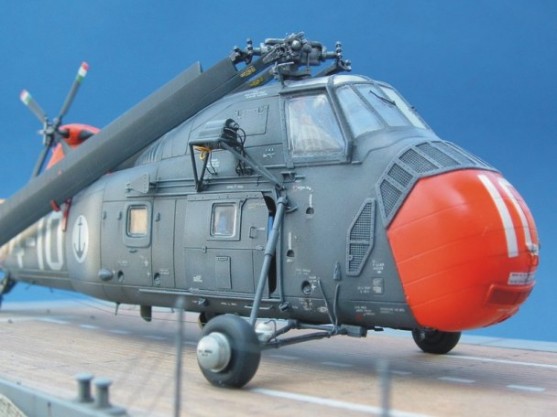 In the autumn of 1964 a hurricane struck the airport of Catania (Sicily), the base of the First Group, and destroyed 6 of the 14 Seabats. The remaining helicopters were employed in various roles; antisubmarine warfare, search and rescue and crew training.

Towards the end of the 1970s the surviving Seabats, considered obsolete, were assigned to training roles and to naval operations support until their definitive retirement from service in 1978.

The helicopter I have reproduced was one of the last ones to retire from service. The base plate is a reproduction of the flight deck of the support ship ”Bafile” (former HSS Saint Gorge) used for transport of the italian marines of the San Marco Battalion during landing operations on the beach of Sardinia in the summer of 1971. 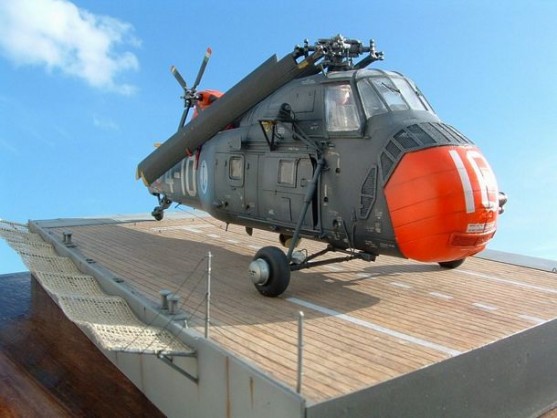 For my HSS-1N Seabat, I used the Italeri kit in 1/72 scale. Moulded in deep blue plastic, the kit has quite good detail, finely recessed panel lines and generally is a good copy of the real thing.

The box contains pieces to build both the HSS-1 and the modified landing gear legs needed to build the HSS-1N.

In addition to the kit, I have used a beautiful etched metal set from Part (S72-023) that supplies the main intake and cooling air grills and lots of other external details. Finally, to realize the Italian Navy version, I have used two decal sheets from Tauromodel (72-542 and 72-557, Italian helicopters). 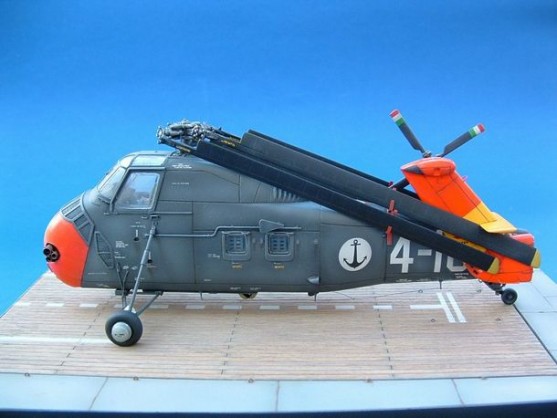 I have always been fascinated by carrier based helicopters parked with their tail and rotor blades folded. The temptation to do a model of a helicopter in this configuration has been growing stronger over time and after collecting some books and photos of the Seabat, I started the work.

I began by separating the tail pylon. In order to fold the two parts, I had to replicate the two bulkheads with their structural reinforcement and also reconstruct the skinning of the fuselage that exceed outside the bulkheads with a thin styrene strip. The folding mechanism was replaced with new etched ones and I also added handholds for tail folding and some small tubes and electric cables. Using some small parts from a clock I reproduced the bevel gear for the tail rotor.

The kit cockpit was detailed adding some instrument panels, push-buttons and switches. 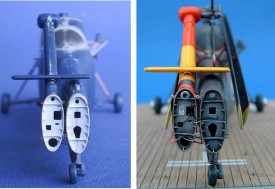 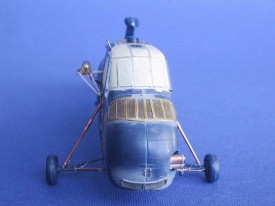 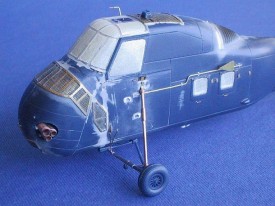 Another big job was the substitution of all the air intake grills with photoeched new ones. The big engine air inlet grill was especially tricky since I had to cut it into smaller parts to compensate for the remarkable curving of the front fuselage.

Continuing to detail the outside of the fuselage and following the photos, I added tubes, handholds, the fuel tank filler caps, the aft-sliding cabin door and the doppler radar antenna. I also scratchbuilt the rescue hoist and its mounting frame and the triple pipe exhaust system using different brass tubes.

The landing gear legs from the kit appeared much too thick so I replaced them with brass tubes of suitable diameters. 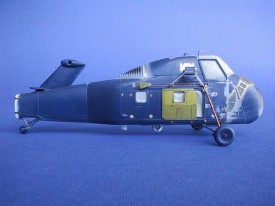 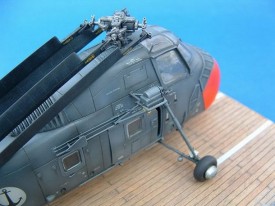 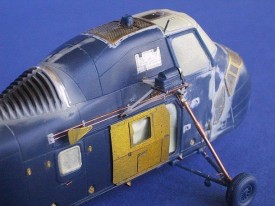 The folding mechanisms of the main rotor blades really needed some work. Every blade was hinged on both sides of its attachament fitting with the rotor’s sleeve and could be folded along the fuselage simply by removing the locking pin. To realize the hinges and the blade’s attachament fitting I used some small pieces of brass tube glued on a plate of styrene sheet. The final result appears very realistic and the system is free to rotate like the real one. 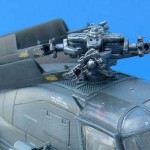 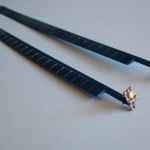 All helicopters of the Italian Navy at that time were painted in a standard scheme; overall Dark Sea Gray with red-orange nose and a red-orange and yellow tail pylon. The Seabat that I wanted to reproduce (code 4-10), being near the end of its service life, appeared heavily weathered and unarmed with the torpedo launcher pylons removed. I have the fuselage using Gunze H-333 Extra Dark Sea Gray as base colour. The nose got a base coat of Tamiya Gloss Red that was then oversprayed with a coat of Testors Red Day Glo. After having sealed the model with a coat of Gunze gloss clear varnish I let it dry and then washed all the panel lines with black sepia oil colour. the excess colour was wiped off with a very lightly damped cloth. The second step was to spray over different coats of thinned Gunze H-333 Extra Dark Sea Gray, lighter in the center of every panel and darker on the sides to reproduce the various shades. The decals were then applied, carefully using Gunze Mr. Mark Softener. Tthe Tauro decals are very good but also very thin. Once the decals had set, the model was sealed with a coat of mixed Gunze flat and gloss clear varnish in order to get a semi-gloss finish. The final touch was a light drybrush with a mixture of grey and azure oil paint to pick out the raised detail.

To present the model in a realistic setting , I built a small part of the flight deck of the support ship ”Bafile”. 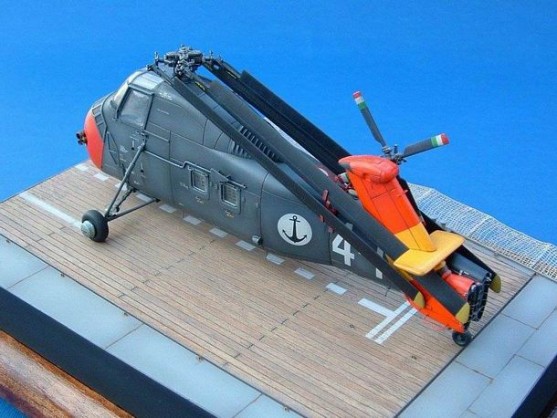 The base of the diorama is made of plywood, bulkheads were constructed with styrene sheet and scribed to simulate welding marks. The deck is made with a thinner, 1.5mm, plywood sheet again scribed to simulate the planking. To complete the work, I added some other small detail like cleats, hooks and eyelets, stolen from my dad’s box of naval model detail parts. 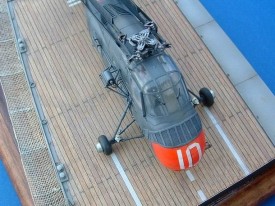 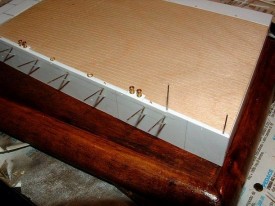 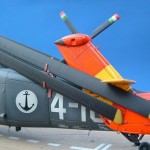 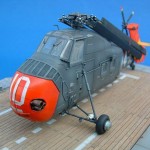 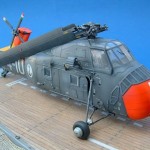 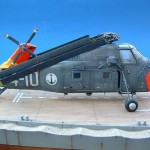 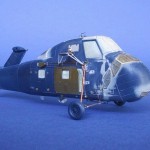