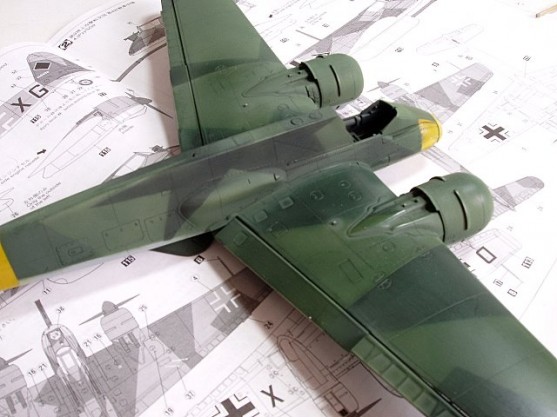 We all know that camouflage schemes are better at concealing their subjects when less light is reflected from the paint coats, thus blending with the surrounding backgrounds. Aircraft however, are tricky subjects. While a matt coat would certainly serve its purpose, a close inspection of aircraft be them in the field or from photographs reveal that this is not always the case.

Typically, if we consider aircraft with metal skin, then the natural effect would induce a high degree of glossiness, depending on the thickness of paint coats over the bare metal. Hence, the more paint is applied on the aircraft the more likely it would diminish the glossy appearance. Primer paints obscure the shiny metal, but may often be applied sparingly to spare excess aircraft weight and production costs.

Secondly, completely matt finishes add more drag on aircraft and therefore were generally avoided in the aviation industry starting with the 1940s.

Weathering also has its effect. Factory fresh aircraft appear with a high degree of glossiness. With time, sun glare, rain and abrasive effect of dust reduce considerably the amount of skin reflection resulting with a perfectly matt skin that does not need further treatment to blend with the environment. 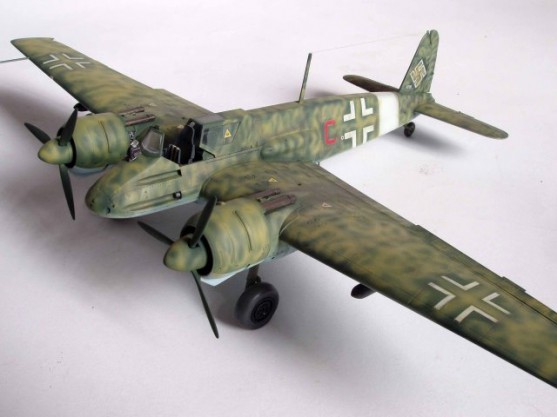 How does it translate to modelling techniques?

When we consider painting model aircraft, we would opt for a range varying from matt-textured paints to glossy surfaces that facilitate decal attachment. A universally used finishing method is rounding off all this with a final matt coat.

Over years of following this traditional approach, I realized that something was missing from my nicely weathered aircraft models. They were lifeless. Having built many variants of the same model, my approach towards the painting practices and finish became bolder. While I hardly consult now paint charts and mix my own paints instead of buying dedicated colour jars, I also put much more attention to the final steps of painting.

In the presented example I show the difference between two Henschels Hs 129B-2. The Western Desert machine has field application of RLM 79 over the traditional RLM 71 and RLM 70. This model received an overall matt coat; it is likely that in the field, the aircraft had such a flat appearance. 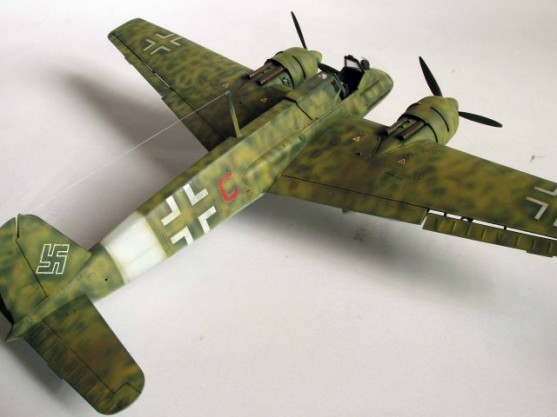 The second Hs 129B-3 has the original RLM 70 and 71 upper surfaces camouflage. Yet, the final paint coat was subjected to buffing rather than dull-coating. The undersurfaces of both models retained a silky-textured RLM 65 because they are the least affected by the weathering factors. 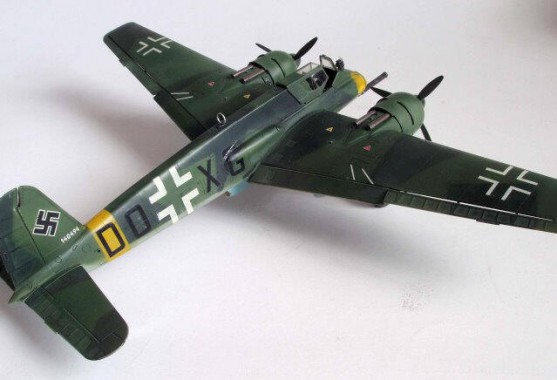 I found that buffing the upper surfaces of an enamel matt coat with a paper towel has two benefits. Firstly, tiny paint fragments and dust particles that are captured in the paint spaying process are removed, giving an even surface just like in the real aircraft. Secondly, the matt coat gives way to a glossy surface that adds much to the three-dimensional effect of the model.

In the end, what we are dealing with is enhancing the 3D effect of models. Hence, whether real aircraft are glossy or not does not matter much. What matters is that your model looks real. 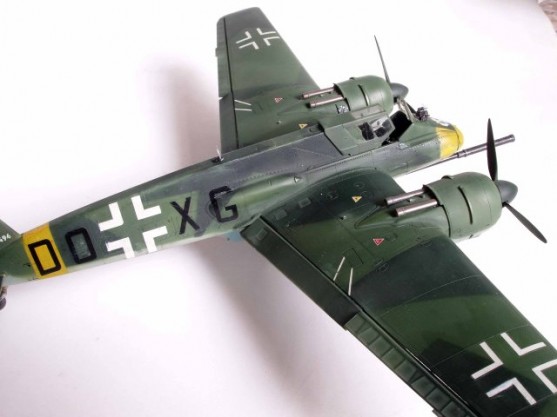 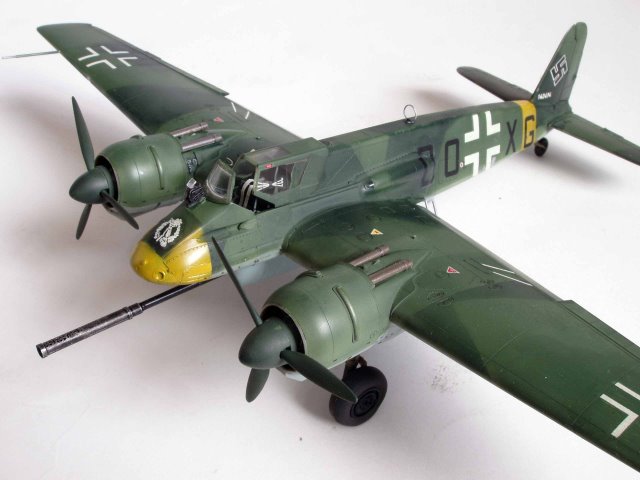 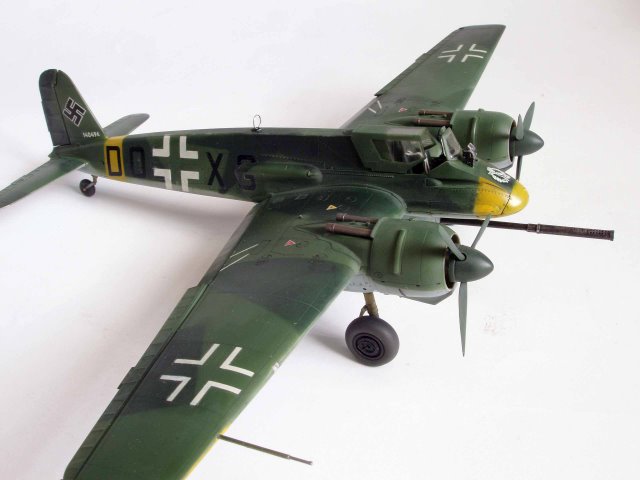 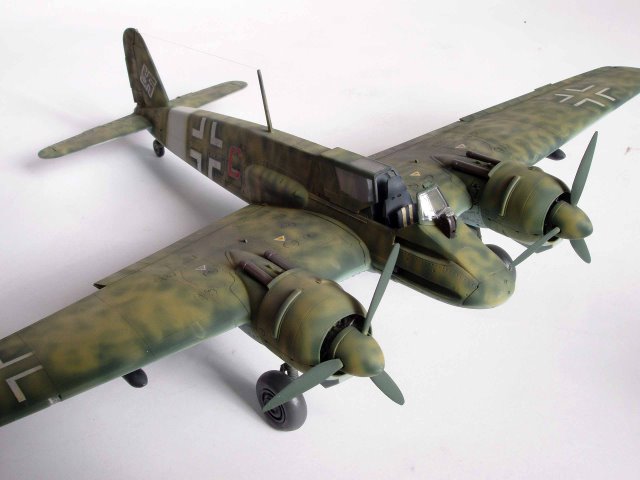 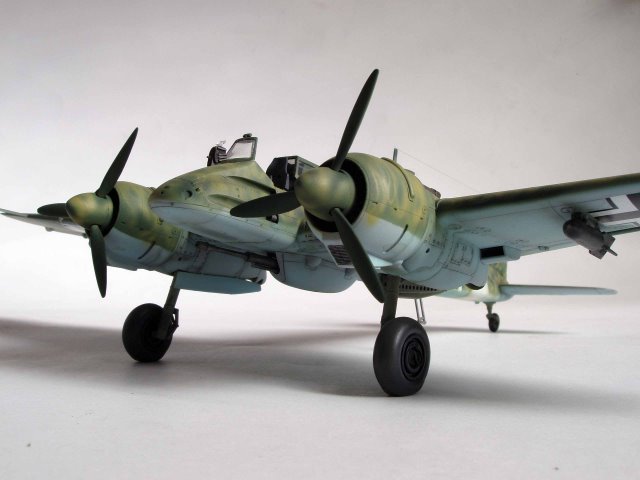