First conceived in 1937 as a second-generation successor to the Messerschmitt Bf 109, the Fw 190 featured a number of radical innovations. After prolonged initial teething troubles the Fw 190 became a true workhorse of the Luftwaffe, serving in variety of roles until the end of the war.

The aircraft featured here is a mostly produced fighter version, the Fw 190 A-8. It was used operationally from 1944, and standardized on many improvements to the earlier fighter variants A-1 to A-7, including the GM-1 nitrous-oxide boost system and all the adaptability to all the previous rüstsätze equipment kits. It was further modified for many roles, as fighter, night fighter, two-seater trainer, anti-shipping, and so on. The presented aircraft, however, demonstrates what could be call more-or-less ”pure” fighter configuration.

Pictures where taken at Imperial War and Royal Air Force museums in London. 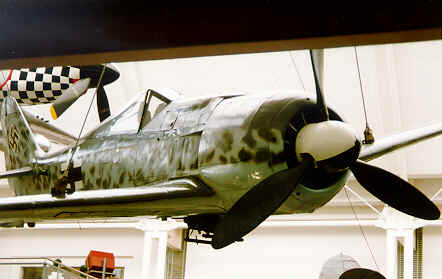 General view of the aircraft in the Imperial War Museum. As all other aircraft presented there, the Focke-Wulf is suspended from a ceiling, which means both the opportunity and disadvantage when it comes to photographing details… 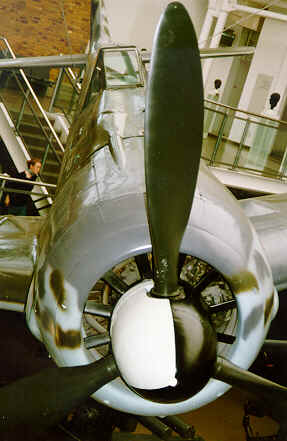 I deliberately took the shot from this angle, as in my opinion it gives the Butcher’s Bird it’s most aggressive look! 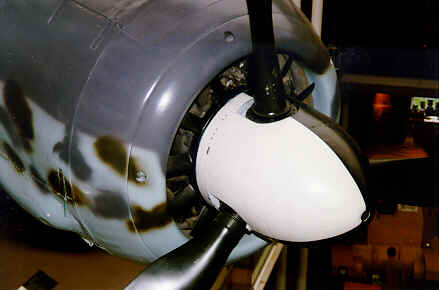 Close-up an the propeller spinner and the cowling ring. 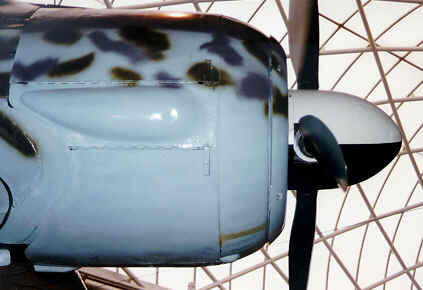 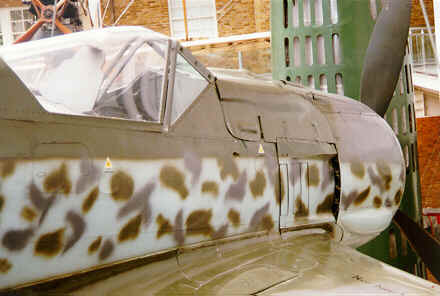 Overall view of the front fuselage reveals rather loose fit of the cowling panels. Other interesting details are the exhaust stacks, protruding from under the cowling, cooling gills behind them, here in the closed position, wing root fillet and finally wing cannon fairing, partly visible at the bottom of this photograph. 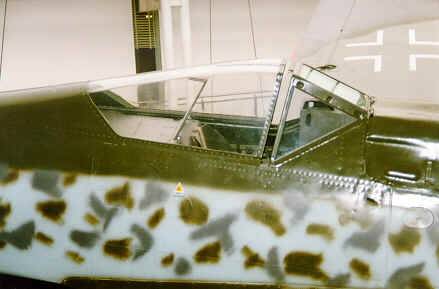 Cockpit canopy. This is the early version of the canopy with ”straight” spine line and head armor consisting of only a single steel plate to protect pilot’s head and arms. The top of pilot’s seat can be seen under it. 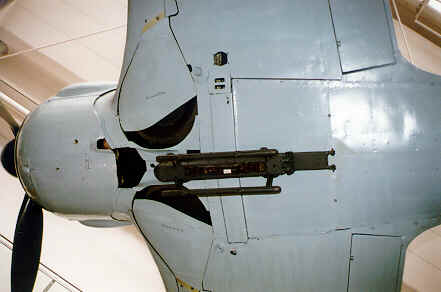 This view offers many details of the center wing’s underside. Some of engine’s exhaust stacks have their outlets here, between the wheel wells.

The black object on the centerline is a rack for external fuel tank. Contrary to what had been an established ”standard”, the rack is mounded directly to the wing’s surface, without a long extra fairing which was a feature of many other A-8s. 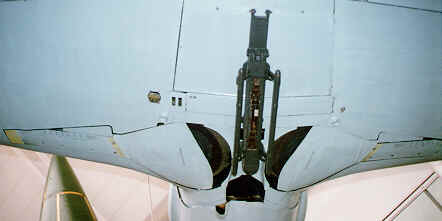 Another view of the underside shows complete undercarriage covers. 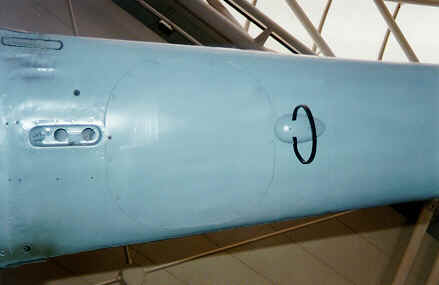 The rear part of the fuselage seen from the bottom. This area features the oval inspection hatch, three flare ejection chutes to the left, and D/F loop. 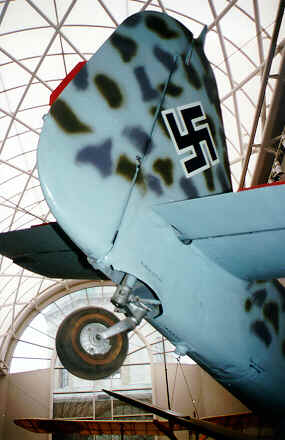 Fighter’s tail with tail wheel gear. The tail wheel was retractable. However, on this example it has apparently been fixed in the down position. It is probable that it was so already during the operational life of this particular machine. 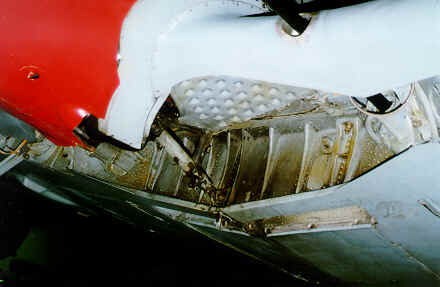 Wheel well detail couldn’t be photographed at IWM, so I moved to RAF Museum in Hendon to take the completing photos on the two-seater Fw 190 featured there. This is main wheel well, looking towards the centerline and to the rear. Note the cannon barrel protruding right through the wheel well. 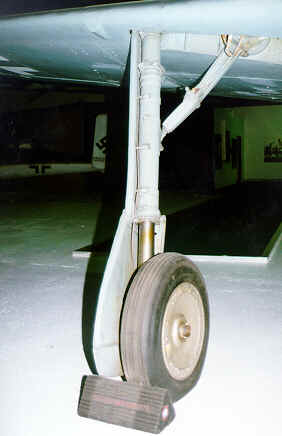 Finally, main undercarriage of the Hendon’s aircraft, revealing the extremely clean design of the whole unit. The wheel hub is of late variety, early Fw 190s had spoked wheels.