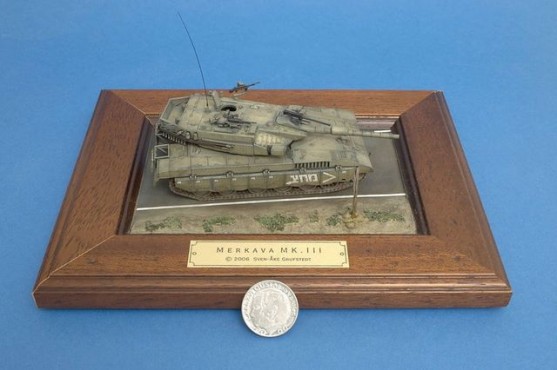 Many years ago I was very into modelling but for many reasons I put the hobby on hold and now, 20 years after my last kit was built I started again. And I can tell you that it was truly an eye-opener to realise how much the hobby has evolved during those years I’ve been away.

First of all the mouldings are so much better and all these options you can get for just about any kit out there is simply amazing. The painting techniques are also quite different to what I’m used to so it has basically been to start on square one again and re-learn the whole thing.

The first few kits I built since I began has been 1/35 kits with lots and lots of detail and accessories that made my bankaccount suffer. Projects like these takes a while to complete and over the years I have grown more and more unpatient, must be an age thing I guess but I want quick results and instead of fiddling with a 1/35 kit for two months I decided to try a different approach to my born again modelling enthusiasm. Why not try to build something in 1/72 straight out of the box without all the bells and whistles and see how far I can get with just painting the thing. No extra resin parts, no photo-etch, no nothing – just the contents of the box and what comes out of my airbrush.

I visited my local hobby shop and went through the shelves and found this cute little kit from Revell. A Merkava Mk. III. A quick look in the box made me realise that my plan just might work. The mouldings were crisp and all the important details were there. So I brought it home and started to build it. To my joy I found that it went together like a dream, no filler was needed and the flash on the parts were almost non-existant. A quick shave with my scalpel took care of the little flash there was. Another good thing for a quick build was the fact that the links were moulded in big chunks with only those around the sprockets moulded one by one.

Putting the kit together took a little bit more than an hour and a half and I encountered no problems at all with the fit of the parts. 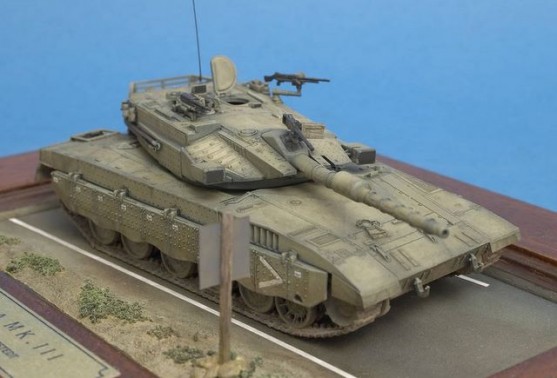 How it was done

First the whole kit was put together according to the manual. I also built the tracks which I fixed into position before the paint came on. Now I had the turret and the hull as two separate parts waiting for the paint.

Well, that’s about it… Not as hard as it looks in the pictures. The trick is on these small scale vehicles to overdo some of the effects since the details are so much smaller than on 1/35 scale vehicles.

If I was to recommend a kit for someone new to this hobby, it would be without a doubt a kit like this, it has all the detail you could ever wish for at an affordable price and it does not require that much skill to put together. And the best part (at least I think so) is that they do not take up so much space on the bookshelf as the 1/35 kits do.

So to conclude this little adventure into small-scale–land I can tell you that on my desk there are seven boxes of unbuilt Revell 1/72 scale armor kits just waiting to be built. 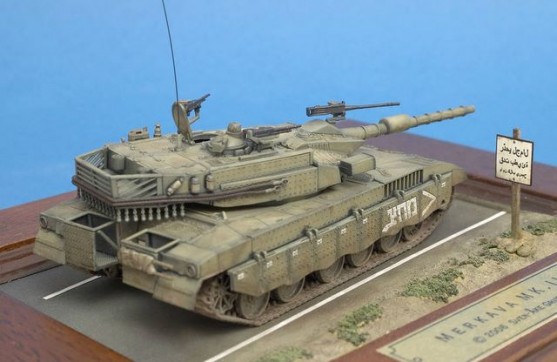