Many of the British aircraft designs of the late 1930s presented an innovative approach to aerial warfare, and in a some cases these concepts proved to be painfully wrong. This is especially true for the turreted fighter concept, which materialised in two operational types, Boulton Paul Defiant and Blackburn Roc. The idea was first conceived in 1935 and called for the application of a power-operated multi-gun turret in a single-engine day fighter. It appeared then to have a number of advantages. First, with a crew of two, the pilot would be relieved of the dual task of flying the aircraft and firing at the target. Secondly, the guns could be used defensively as well as offensively.

When the Air Ministry issued such specification (F.9/35), Boulton Paul had already a competitive edge, possessing an effective gun turret of their own design. An elegant low-wing monoplane was designed around it, looking not unlike the Hurricane, and also powered by the superb Rolls-Royce Merlin engine.

The production started in mid-1939, and No. 264 Squadron was the first to convert to the type. During the critical Dunkirk days in May 1940, this squadron achieved (as projected by the original concept) an outstanding success, claiming no less than 65 kills over Luftwaffe aircraft. However, the Luftwaffe pilots soon discovered that the Defiant had many dead fields of fire, and hampered by it’s bulky turret could not compete in a dogfight. The losses started to mount up so rapidly that all Defiants where withdrawn form the day operations within the following two months.

The Defiants were then moved to night fighter operations, and many of them carried the then-new AI airborne interception radar. In this role the Defiant proved to be quite efficient, achieving more ”kills” per interception that any other of the improvised night fighter aircraft of the period.

Form the modeller’s point of view, the Defiant is perhaps a bit unusual but attractive subject. In 1/48th scale, there is only one kit, produced recently by Classic Airframes. In 1/72nd there is also only one kit, but much, much older, produced by Airfix. This kit is known for it’s numerous accuracy problems, so modellers’ interested in building it should consider obtaining some aftermarket parts like resin fuselage and vac-formed canopies. Also, there is a less-known but in comparison very accurate and nicely detailed vac-form kit produced in 1994 by S-Model from Poland.

The photographs show the Defiant Mk II in night fighter configuration, as displayed at the Royal Air Force museum in Hendon, London. 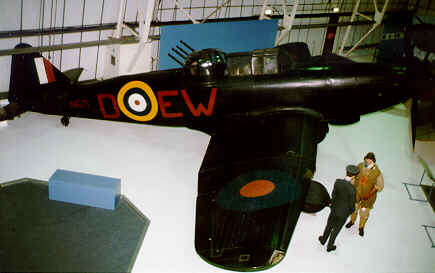 General view of the aircraft, somewhat distorted by a wide-angle lens with which the photo was taken. The aircraft is restored as N1671 EW*D of No. 307 (Polish) Night Fighter Squadron. The markings are accurate except for the small Polish national insignia painted just below the cockpit, which this aircraft carried while in the squadron’s service. 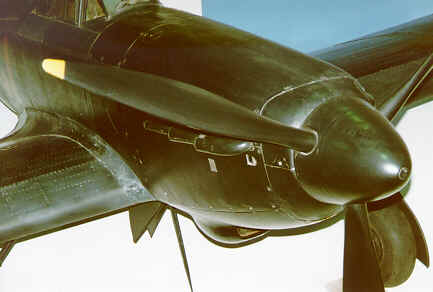 Looking closer at the aircraft’s nose. The Merlin engine is enclosed in a streamlined cowling. Propeller is a narrow-blade variable-pitch unit made by de Havilland. 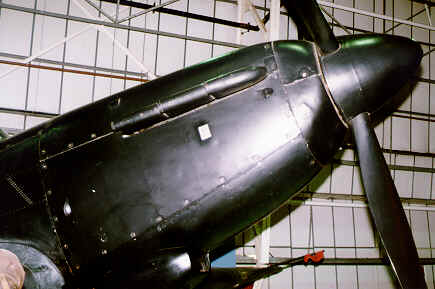 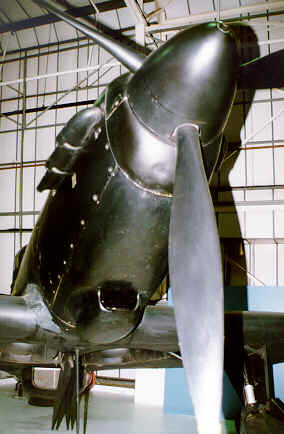 A glimpse under the nose reveals the oil cooler shape. 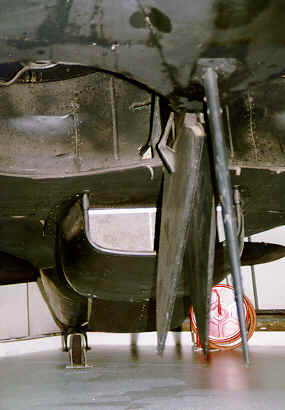 …and, looking further aft, we can see the water cooler. The inner undercarriage covers can be seen in front of it. The radio mast place under the wing might look a bit unusual for the period, but it could not be place on top of the fuselage because of the rotating turret. 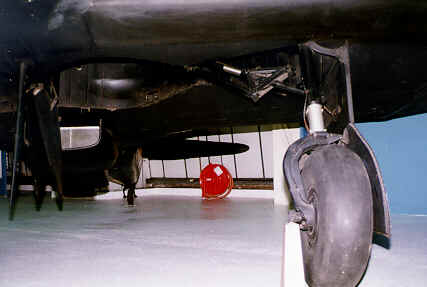 While looking at the aircraft from below, here is the main undercarriage unit with retraction mechanism and wheel well. Both are painted black as the rest of the aircraft. 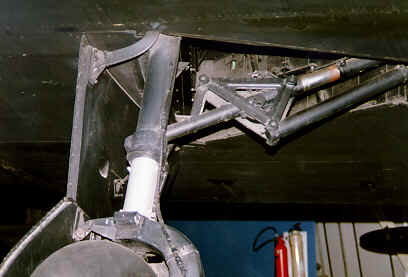 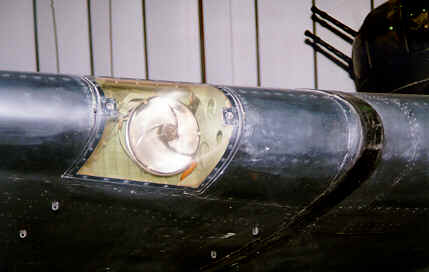 Landing lights like this one where built into leading edges of both wings. Of note is also prominent riveting job on the wings’ surface. 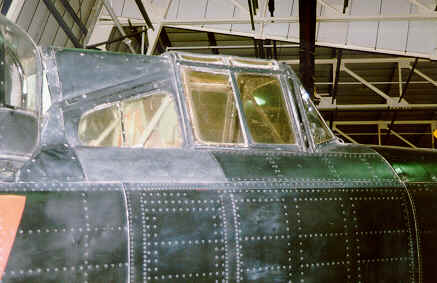 The rivets can be seen even better at this photo, showing the center fuselage and pilot’s canopy. An interesting feature was the solid fairing between the canopy and the turret being retractable in flight. 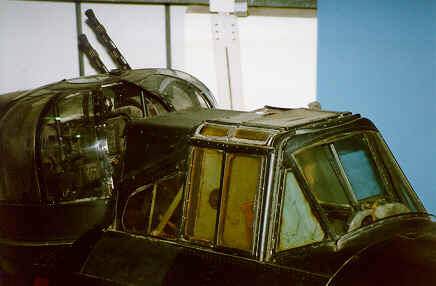 This photo shows the pilot’s office in greater detail. The windscreen lacks armor, as can be seen. The canopy hood has a sliding panel on the top. 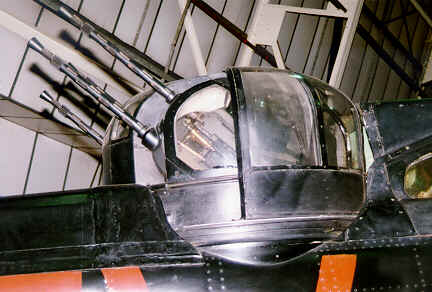 The Boulton Paul four-gun turret looks really impressive, and considering the circumstances, the aircraft’s designers did a good job fairing it into a sleek fuselage. 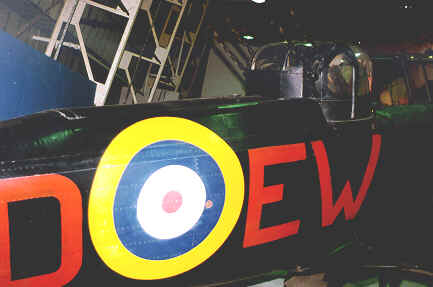 This photo (regrettably a poor exposure) shows a retractable rear fuselage decking, here in the down position. These movable segments of the fuselage allowed for the unrestricted field of fire in combat, and extended, provided more aerodynamic shape for normal flight. 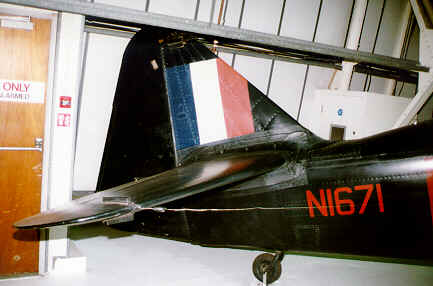 This is the aircraft’s tail. The rudder of Defiant Mk II, as presented here, was enlarged in comparison to earlier version.