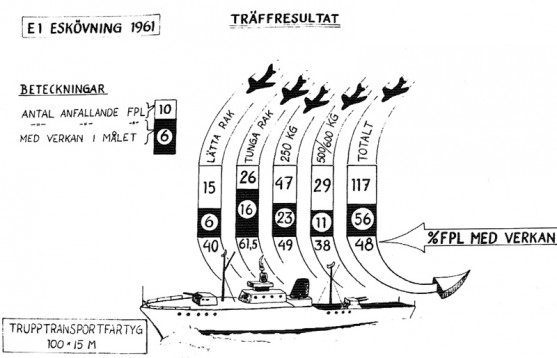 Presentation of successful strikes against shipping target during a 1961 exercise. Source The Military Archives of Sweden

The Swedish A32A Lansen was the first truly modern attack airplane to enter the Swedish AF, when brought into service in the spring of 1956 it had one primary task: Defeat the Soviet naval invasion fleet! and as a secondary mission, strike at the enemy if he managed to land at our shores.

The A32A Lansen was in reality a Maritime Strike aircraft and the weapons carried and tactics employed reflect this. When Lansen reached squadron service the main armament at hand was various rockets and bombs allready used by A21, B/T18 (single and twin engined prop planes) , Vampire FB mk 50 (A28) and the rotund A29 Tunnan.

The Rb04 was a radar giuded air launced anti shipping missile that could trace its roots back to the famous V-1 missile and develpment started in 1949, the  first launch of the test version 304A from a A29 was in february of 1955! First deliveries of the operational version Rb04C to the AF was in 1961. The missile was uppgraded with a more powerful engine for longer range and renamed RB04D. Uppgraded with new radar for the AJ37 Viggen the RB04E was kept as a vital part of our defence until the 1990´s

The A32A could carry a lot of different rockets and bombs a truly impressive missile and a unique chaff dispenser on its 13 hardpoints! Swedish tactics dictated that all weapons was delivered in a single strike by as many aircrafts as possible in the shortest possible timeframe to get maximum effect and survivability, no loitering and no second passes! All Aircraft in the attack force carried the same single type weapon!

To maximaize the flexibility Lansen carried no fixed pylons but was configured according to the weapons carried. The aricraft had two main types of pylon called Pylon A and Pylon B (Balk A & Balk B) for a maxim of 12 light Balk A or 4 heavy Balk B, further the central extra fuel tank could be replaced with a heavy Balk D giving up range for extra armament. The ASM Rb04 had a special Pylon with extra support called Balk G and finaly the chaff dispencer used a modified Balk B under the right wing.

The following summary of options comes from the 1968 arming manual: 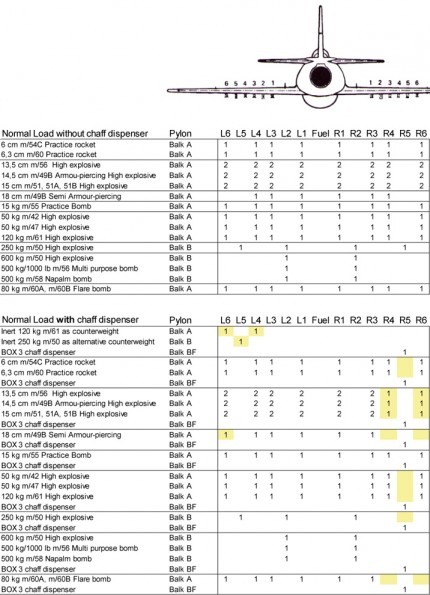 This is the maximum load that the A32 could carry, all pylons are mounted, no external fuel tank. The A32 could not carry this much load on a hot day, in fact after midsummer the pilot would be happy to get airborn with a clean aircraft and full fuel load. 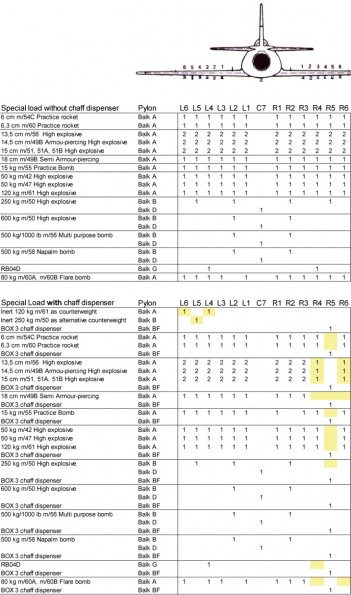 Swedish Air delivered weapons ranged from the light 50 kg high explosive m/42 to the 600 kg RB04 with light/heavy rockets and flash/flare bombs for night attack/photography in between. The Swedish AF did use the same 1000 lb bomb that RAF hung under Its Jaguars and Harriers.

Here are some of the types used: 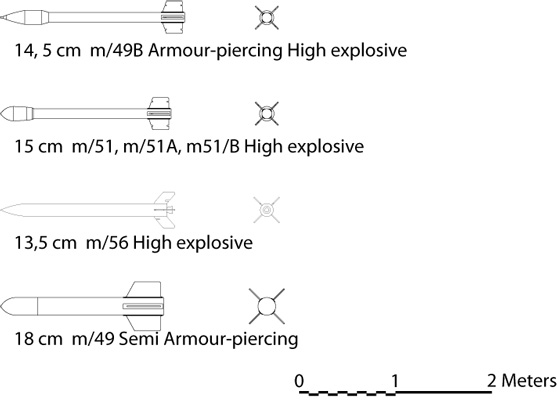 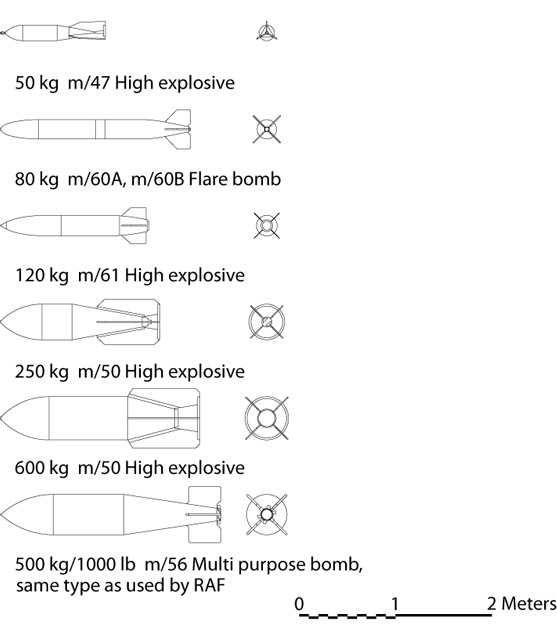 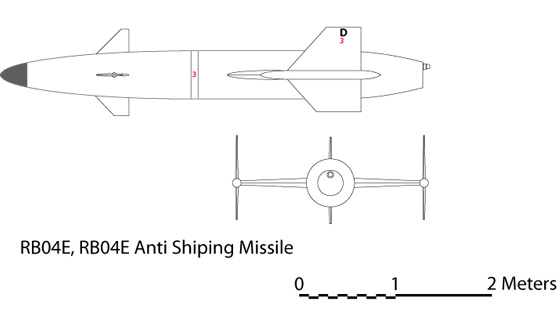 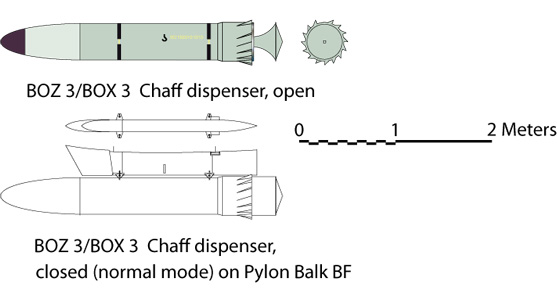 The different Pylons could be mounted as required, generally Lansen flew with as little extra weight as possible. 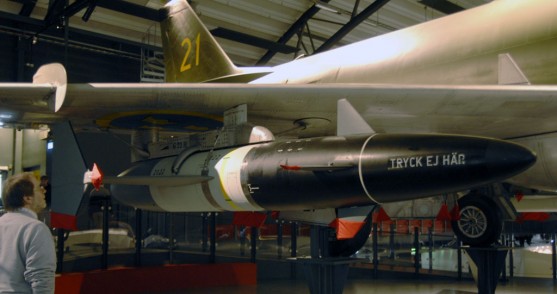