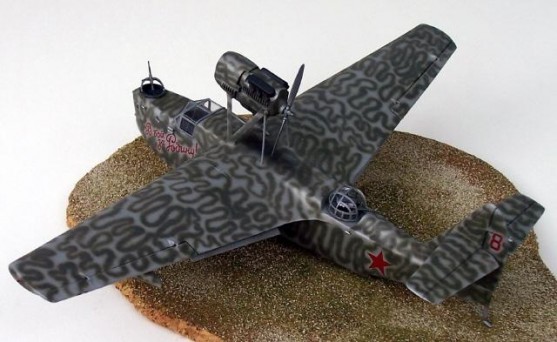 I have always liked flying boats, and whilst I do like a really elegant boat I can’t resist the more clunky looking ones (In fact I have a thing for aircraft subjects that could easily be flown by Dick Dastardly and Mutley in the Whacky races cartoon of the 70’s). I think that the MBR-2 just scrapes into the slightly clunky category

The MBR-2 was one of Beriev’s most successful designs of the 1930’s & 40’s, and could operate from land on wheels or skis, as well as from water. Several captured examples were used by Finland during their two conflicts with the Soviet Union. It was also operated by North Korea, and quite possibly several other countries. Like some other anachronistic designs, such as the Fairey Swordfish, it continued in service and was better regarded even after its replacement from the same manufacturer was produced.

The Avia kit is an interesting one. Whoever mastered it clearly liked the subject and went to a lot of trouble on some small details, yet it borders on appearing very rough in places. This is largely due to the varying tone of white, grey and brownish plastic that it is moulded in, with swirls of colour running through some parts. I was left with the distinct impression that it was made from recycled plastic!

However, closer inspection of parts shows that they can be cleaned up quite easily. The biggest job I had was filling in some exaggerated sagging fabric effect between the wing ribs. I have read that these were in fact plywood covered, so I left no rib effect at all on mine. 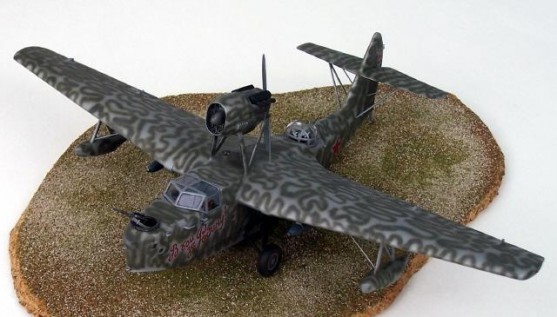 Where the kit shines is the number of decal options it provides. I have lost my instructions since building mine, but I seem to recall 16 choices, but it was certainly around a dozen at least. The instructions provided copies of several wartime photos illustrating some of the subjects covered by the decal sheet, but these suffered from appearing to be a poor photocopy of a copy, of a copy, and so on… This combined with a very flimsy cheap cardboard box strongly suggest that this kit was developed fairly early in the Eastern European kit renaissance. But please don’t be put of by these observations, fundamentally the kit is very good, needing only a bit of easy filling, and some trimming and tidying up. The decals are excellent in all respects. I have seen the kit offered by Maquette, eastern Express and no doubt some other companies have offered it too. It’s cheap and well worth buying.