This is a 1/25 1937 Ford Pickup truck built from Revell/Monogram kit by Sven Ornberg. 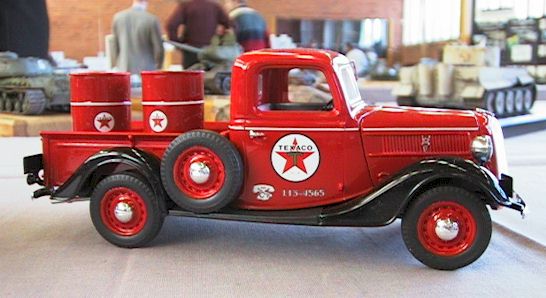 ”Number One for 1937!” was Ford’s slogan for the 1937 pickup truck. After twenty years of truck production, the Ford Motor Company lived up to the claim, the sales of the new Ford Truck had beating out the competition hands down. The post-depression public obviously loved the ’37 Ford Trucks and it’s easy to see why, considering the multitude of improvements inside and out. 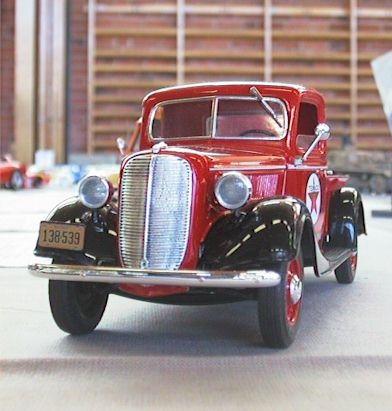 The sheet metal on the 1937 model was a development of the 1935-36 theme. For the first time, all 1937 Ford vehicles sported a Vee windshield. Most trucks shared a 112 inch wheelbase frame, the same as 1935 and 1936. The fenders, running boards and headlights were also the same, but the cowl was modified to fit the split windshield and the grille was restyled. The pickup truck bed was 4 inches longer than previous models.

The Revell/Monogram kit contained a total of 109 pieces moulded in white, clear, and transparent red plastic. There is a sprue with chrome plated parts and black vinyl tires. Released in 1997, the kit goes together well with only a minimum of fuss.

Sven finished the model in the striking red Texaco livery. This model has received the Highly Commended prize at the latest Swedish IPMS Nationals. 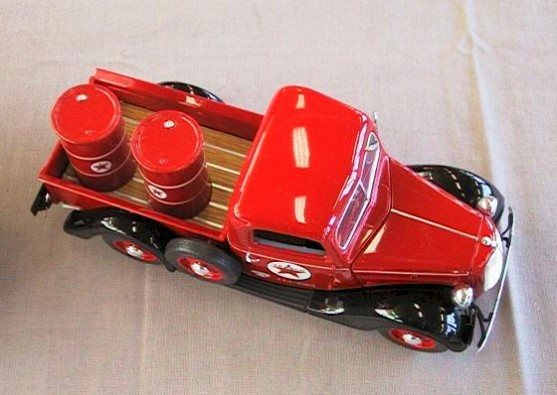