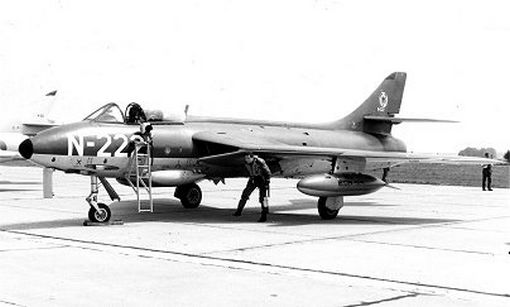 This is the first part of the three-part feature covering the finishes and colours used throughout the history of Dutch military aviation. This part covers early and air force aircraft used in the Netherlands. – Ed.

Dutch military aviation dates back to 1911.

During the First World War, the Netherlands stayed neutral and consequently was unable to obtain a large amount of aircraft. Impressing interned foreign types which landed on Dutch soil resulted in a miscellany of 71 aircraft, all of different types by 1919.

In the inter-war period, domestic aircraft production started which proved to be successful internationally, with such companies as Fokker, Spijker and Koolhoven.

At the outbreak of the Second World War, the Air Force had a total of 125 combat aircraft in the Netherlands. Most of this force was destroyed during the short but desperate defence in May 1940, in return managing to destroy almost twice as many Luftwaffe planes. Many aircraft personnel and a few training aircraft managed to escape to England, and then moved on to support the air force of the Netherlands East Indies. Those those that did not leave for the colonies eventually formed no. 322 Squadron with Dutch personnel.

After the war, the Air Force was rebuilt with the arrival of the jet era. The first jet fighters, Gloster Meteors, were take into service in 1948, soon followed by F-86K Sabres, F-84 Thunderjets and RF-84 Thunderflash. The next generation of aircraft was introduced in the sixties with F-104G Starfighter followed by F-5 in the seventies. Also in this period, all liaison airplanes were replaced by helicopters. Finally, 1980s saw replacement of the Starfighters by F-16s.

This page is intended as a guide to clarify and interpret photos and other sources about manned aircraft operated by The Netherlands’ military.

The name Koninklijke Luchtmacht – Royal Netherlands Air Force was firmly established only by the early 1950s. Before that, the Air Force was initially referred to as Luchtvaartafdeling (LVA) and then Luchtstrijdkrachten (LSK).

After a demonstration in 1911 by Mr. De Brouckere, the Ministry of Colonies decided to order two of his planes plus a Deperdussin: Dutch military aviation had begun.

The Aviation Department – Luchtvaartafdeling (LVA) was officially established on July 7, 1913 and initially included naval aviation. This was followed on May 30, 1914 by the establishment of Militaire Luchtvaart van het Koninklijk Nederlands-Indisch Leger (ML-KNIL) – Military Aviation of the Royal Netherlands-Indies Army.

Considering the variety of types impressed into service during these years and lack of standardisation, very little can be said with certainty about colour schemes of these machines. There was no common or special scheme for the Dutch military, the aircraft carried mostly factory finish. Interned planes were not re-painted, but were given new nationality markings and codes.

Aircraft types of the period were:

Until the Second World War the Royal Air Force was (too) small. The handful of squadrons used mainly Dutch manufactured aircraft and tried their best against overwhelming odds in 1940. Ironically, the first victim of the LVA was a British airplane violating neutral airspace.

Whereas many other air forces choose various kinds of lively colours for their aircraft, the Dutch used a basic camouflage of green upper and blue lower surfaces. As a nice alternative to all those yellow trainers, the LVA painted its trainers blue overall.

Markings were painted in white on LVA khaki and black on LVA blauw.

The Fokker C.IV had clear varnished metal parts (engine, cockpit) and clear varnished plywood centre section of the top wing. The C.VI had marbled engine plating, while the C.VIII had this area left in varnished natural metal.

Fokker F.VIIa/3m’s during the thirties had the top of the wing or only the fuselage segment of it painted aluminium.

Propeller tips were usually red-white-blue. Back of propeller was black, front according to factory regulations.

In March 2005, White Ensign Models came out with these three colours for MW Models in the Netherlands. The colours are coded as follows: ACD 01 – Camouflagegroen, ACD 02 – Camouflagebruin, and ACD 03 – Camouflagebeige.

After May 1940, many pilots went across the Channel to fight on during the Battle of Britain. After that many left for the Netherlands East Indies (NEI).

Because of this, it took another two years to finally establish some Dutch squadrons within the RAF: 322 (Dutch) Squadron on June 12, 1943 (code VL and 3W) and semi-independent 1316 (Dutch) Communication Flight in the autumn of 1944 (code WK, never used). No. 322 Squadron flew Spitfires, while the 1316 flight used a mix of transport aircraft.

Even so, many Dutchmen kept flying with other RAF units, from pathfinder Mosquito’s to train busting Typhoons, sometimes forming Dutch crewed Flights. Not surprisingly, Dutch squadrons in the RAF used British camouflage of the period.

Props were factory finish and after maintenance black (’Night’) with a yellow tip.

After the war a rapid buildup saw the LSK grow to a large number of squadrons, the whole country understanding that you can speak softly better when you carry a big stick.

The natural finish that started to prevail at the end of the war continued to grow in popularity. However, many planes had to be given a coat of aluminium paint to prevent corrosion, as the metal itself could not stand the wet sea climate of the country.

World War II-vintage aircraft initially retained their original colours and insignia. New aircraft, and all those that had gone through maintenance units received natural metal finish (or yellow for trainers).

Early Dakotas had RAF camouflage finish of Dark Green, Dark Earth and Sky or US finish of Olive Drab and Neutral Grey. For these schemes, see MLD 1940-1945 6 and 10.

The sole Focke Wulf FW-56A-1 Stoesser was given its own scheme, light grey (probably) overall with light blue arrows running along the fuselage sides.

To help the marines and the army in their ’Dutch Vietnam’ (not really: there were 200,000 Dutch civilians living in the NEI), the LSK sent a small contingent to support the squadrons of the MLD and the ML-KNIL. Their NEI experience made the Dutch army soldiers ’jungle veterans’, which by the way accounted for their later reputation as tough fighters in the Korean conflict.

Planes arrived in the NEI in their European colours (see KLu 1945-1953), originally with small black markings. Those were changed to larger white markings. Natural metal and aluminium-painted airframes had black markings. Some Spitfires and Austers had an anti glare panel, probably Olive Drab.

Spitfire H-60 (and possibly H-50) had a pattern of Lichtgrijs (Light Grey) on the Jungle Green. The H-35 had a non-regulation pattern of (probably) Medium Sea Grey and Dark Green. All had white markings. H-64 was painted Lichtblauw overall for a show, with black markings and (probably) black anti glare panel.

The Cold War buildup continued, growing to 20 squadrons, now with many US aircraft on duty. The Americans supplied the KLu with many relatively cheap and good planes, but also effectively killed the domestic military aircraft industry.

Following aircraft retained their natural metal finish during the period: F-84E,G and F-86K, Hunter T, Meteor T, Navigator T-7, S-13,14, T-33A. Up to late fifties, natural metal could still be seen on F-84F, RF-84F and RT-33A. Most of these aircraft had aluminium painted lower surfaces to prevent corrosion.

Anti glare panel on American planes was Olive Drab, matt black on others. On F-84E and G the anti-glare extended also behind the canopy along the fuselage spine. Also Beavers had black anti glare panel, even though they were camouflaged.

The white markings of the Super Cub were changed to black in the late 1970s.

Camouflaged Dakotas had white markings, but the Koninklijke Luchtmacht inscription above the windows was yellow.

Like other air forces, the Dutch also went supersonic. Luckily there were almost no combat operations recorded during that period, apart from Hunters and Dakotas in New Guinea – which similarly to Indonesia was lost due to betrayal by former allies, regular hunting for Soviet Bears over the North Sea and a highly unusual mock air attack of a Starfighter to end the hijack of a commuter train.

The Starfighter was the only type featuring angular camouflage pattern.

Alouette III had white markings until late 1970s, when these were changed to black.

With functional IFF and anti-aircraft weapons apparently getting smarter, the rationale for highly visible nationality markings seems to be gone. Low visibility has been the new trend, as was independent rapid deployment forces, for which tanker aircraft and attack- and big transport helicopters were needed.

With NATO Dutch F-16s fired in anger over Yugoslavia (downing a Mig-29 head-on), and with the US Dutch Apaches were stationed in Iraq. All just in time before the later budget cuts, downsizing the air force to dangerously low levels, just as before WW2.

Apart from some early F-27s and NF-5s, camouflage schemes are based on greens for helicopters and on greys for high flyers.

The camouflage finish was delivered semi-gloss rather than matt on Hercules and F-60, although dirt and weathering made it look matt quite rapidly.

When used on the F-27 Maritime, Middengrijs is also called Lichtblauwgrijs (Light Blue Grey). Also, the border between the upper and lower colour on this type was marked with a 5 cm black stripe. Similar striping on other aircraft was blue.

Since 1990 KLu F-16s are stationed with the Arizona Air National Guard for advanced training. These have US markings, with a very small Dutch roundel on the air intake.

All aircraft of the above types will be gradually given the new colours.

The dark grey on the (K)DC-10 replaces the earlier white colour.